I’m going to cut to the chase here, Team — we’re one month away from the special election in North Carolina’s  9th Congressional District and the Democratic candidate, Dan McCready, needs our help.

You probably know, but Dan’s close race last year was rampant with election fraud by Republicans, which is why there’s a special election next month. Thankfully, those responsible were caught — and now voters have a chance to make their voices heard.

Dan would make a great partner in Congress for our effort to defeat political corruption and address climate change.

He’s a U.S. Marine Corps veteran and solar energy entrepreneur, and he’s running an honest campaign that I believe can win next month’s special election if enough folks turn out to make their voices heard.

But Dan cannot do it alone, which is why I’m asking if you can step up and add a donation to his campaign today:

Can you split a $10 contribution between Dan McCready’s campaign in NC-09 and our campaign? Every single dollar you give to both of our teams will us win these races and take back North Carolina.

Time is running out to make a difference in Dan’s race, so I hope you contribute whatever you can today. Thanks in advance.

Click here to donate to McCready and Cunningham’s campaigns. 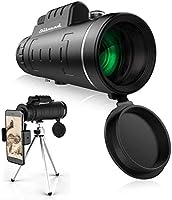