When I picked up my phone after an event yesterday, I saw the huge news out of North Carolina: folks whose voices had been silenced by voter suppression have a second chance to be heard. The North Carolina Board of Elections called for a new election to be held in the state’s 9th Congressional District.

Democrat Dan McCready appeared to narrowly lose this seat in November — until evidence of a Republican ballot scheme stopped the state from certifying the results. Now we know that some folks on the other side tried to steal this election.

Thanks to yesterday's decision, Dan will get a chance to win the seat fair and square — but he needs to get started immediately. Will you make a donation today to be split with Dan McCready to help him mount a new campaign for this special election?

You might remember I emailed you about this in December. Here’s what we know: The Republican campaign in this race hired a consultant who ran an illegal absentee ballot effort, which may well have altered the outcome.

We’re lucky they got caught. And I’m grateful that state leaders are doing the right thing and holding a new election.

But you can bet that Republicans will be flooding the upcoming election with special-interest dollars, trying desperately to hold on to this seat.

Dan needs people like us to get his back. Will you rush in a donation to split with Dan’s campaign?

Thank you so much, 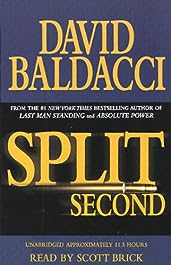