Received this e-mail today from the People For The American Way:

The latest poll has the NC special election race TIED!!!

Despite a baked-in Republican advantage due to gerrymandering, a new poll out just this week has Democrat Dan McCready TIED with Republican DanBishop!

The special election in North Carolina is ONE MONTH away and it's being seen as a referendum on Trump and Republicans … Victory in NC could set the stage for a 2020 blue wave!!!

Can you chip in immediately to flip this seat and start the next Blue Wave NOW with a win in the North Carolina special election?

The special congressional election in North Carolina’s 9th District is coming up fast and it's the VERY FIRST election that has the chance to kick start a Blue Wave for 2020!

Republicans are worried — they just sent Vice President Mike Pence to North Carolina to campaign for extreme right-winger Dan Bishop, the Republican in the race.

Bishop is the right-wing extremist state legislator who authored North Carolina’s nationally infamous – and incredibly bigoted – transgender bathroom ban! And he is running heavily on his support for Trump.

We need to fight back and do everything we can to defeat radical Trump Republican Dan Bishop — that's why we're deploying our proven electoral programs to mobilize voters in the district and flip this crucial seat!

Bishop's Democratic opponent, Dan McCready, a solar power entrepreneur who is not accepting corporate PAC money, came within just 905 votes of winning this seat in 2018 in an election where the results were thrown out because the Republican candidate got caught cheating!

Now, the NRA and other right-wing interests are spending big to smearMcCready and elect Bishop to help carry out Trump's agenda. So it's going to take the grassroots support of progressives like you from all around the country to help us get out the vote in this flippable district.

Thank you for everything you do! 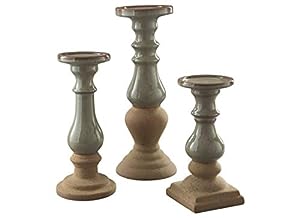