NASA needed to test its Rover programming and terrain around the same time as the trend for movies about street racing and making doughnuts on pavement. Happy science.

We ruin everything we touch. 😂

The twin exploration vehicles Spirit and Opportunity were launched nine years ago, in an effort to search the surface of Mars for signs of water erosion and possibly even life.

According to Nasa, since then the rovers have driven over more than 10km of Martian land, directed by teams back on Earth combined with autonomous cameras designed to avoid potential problems with the terrain.

It appears that part of the robots’ programming involves spinning in tight circles to test nearby terrain and find new routes.

Humorously, depending on your age perhaps, that has the unfortunate consequence of drawing a certain shape on the surface, which when discovered by Reddit essentially crashed Nasa’s website.

The original pic can be seen on Nasa’s website here.

‼️ HAPPENING NOW: @NASAPersevere experts answer YOUR questions live during a @Reddit AMA about our Mars rover’s Feb. 18 landing, as well as today’s newly released images, sounds, and videos of the Red Planet.

Our @NASAPersevere rover is carrying microphones to collect the sounds of Mars. In a bonus episode of our "Curious Universe" podcast, learn why sound is different on the Red Planet, and hear the mission's first recordings.

You might have seen photos from Mars, but have you seen high-speed video?

🤩 We captured our @NASAPersevere rover’s final minutes of descent and landing in a way never seen before. Take a look: https://t.co/CQQtlWAzNF pic.twitter.com/uR3dtocwLF

Ask a psychoanalyst and they’ll tell you it’s obviously Freudian. “In psychoanalytic terms, castration is a core fear that everyone experiences, if not the core fear,” Dr. Vanessa Sinclair told me over email when I posed the question to her. “The classical example taken from Freud is that the little boy sees that his mother does not have a penis and this traumatizes him. He then fears that the same thing can happen to him—that not only could he lose his penis, but that he could be exposed and everyone will see that he does not have one. It makes him feel vulnerable. He does not have the phallus—perhaps he never did—and now everyone knows.”

She went on, “When you think of the phallus in a metaphorical sense, and not as a literal penis, it’s more about who has the power, who has the answer, who has what everyone is looking for. The reality of course is that no one has it. No one has the answer or the power, ultimately. They only do when others believe they do. As long as you are not fully exposed, you can keep people thinking that you have it. But there is a limit to that. So, essentially, the people who are drawing penises over and over again are trying to assert that they have the power. That they have the phallus and do not lack. That they’re not vulnerable. It’s the same classic example of older men who buy a sports car or motorcycle when their physical health and strength begins to decline.”

Since Happy Science/HRP/JCPAC will be at CPAC again this year, here's a clip of Happy Science leader Ryuho Okawa pretending to channel Donald Trump in 2016.

Keep in mind that succeeding on Wall Street in the 1980s and being fluent in English are two of Okawa's favorite lies. pic.twitter.com/elx9CMVuRt

so thankful to be in the timeline where I can see mc hammer reading foucault https://t.co/Dcis4NVKys 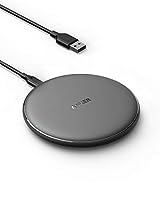