MT-Sen: WaPo Explains How Split-Ticket Voting In Montana Could Tip The Senate In The Democrats Favor

Montanans, stubbornly independent, like to split tickets. And Bullock, a lawyer who narrowly won reelection to the governor’s mansion in 2016 on the same ticket Hillary Clinton lost by 20 points, is betting that voters will send him to Washington even as they’re expected to support Trump — albeit by a smaller margin than four years ago.
“Montanans vote for the person,” said Jon Tester (D), the state’s senior senator who fended off a Trump-backed challenger in 2018. “They actually think about it.”

Much of the congressional landscape this campaign season is taking shape as a referendum on how Trump has responded to the virus, which has exploded here to nearly 5,000 cases, still a small fraction of the count in more crowded states but among the highest percentage increases in recent weeks.

And it will be interesting to see which way split-ticket voters go in the other down ballot races in Montana:

To be sure, the dynamics of federal and state-level races are often quite different, and unseating an incumbent Senator is a far more complicated task than winning an open gubernatorial race, for example.

But in the context of Montana, Bullock's strong electoral record, solid approval ratings, and high name recognition in the state make him possibly the most formidable opponent against Daines and are putting the seat in play for Democrats.

There are several other key races in Montana bringing national attention to the state, including the open governor's race between GOP Rep. Greg Gianforte and Lieutenant Governor Mike Cooney, and the open US House race between Democrat Kathleen Williams and Republican State Auditor Matt Rosendale.

Either way, we have to get ready to kick some major GOP ass in Montana this year. Click below to donate and get involved with Bullock, Biden and their fellow Montana Democrats campaigns: 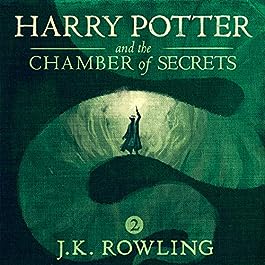