First off, this is bull shit:

Calling Gov. Steve Bullock’s August directive permitting counties to hold the Nov. 3 election via mail ballot illegal, President Donald Trump’s campaign and three other Republican groups sued Bullock on Wednesday seeking to overturn it.
The suit filed in U.S. District Court in Helena by Trump’s campaign, the Republican National Committee, the National Republican Senatorial Committee and the Montana Republican State Central Committee also names Montana Secretary of State Corey Stapleton, a Republican.
“The Governor’s power grab under the cover of COVID-19 is particularly egregious. The Governor is running for U.S. Senate as a member of the Democratic Party and his race is one of the most competitive in the country. So he is using his current position to force a brand-new election system on Montanans that, according to his own party, will sway the election in his favor. This action cannot stand,” reads the suit.

Bullock has been hitting back:

The other side: “This template lawsuit appears to be part of a pattern of lawsuits across the country by Republican Party operatives to limit access to voting during the pandemic,” Bullock said in a statement, per AP. “Voting by mail in Montana is safe, secure, and was requested by a bipartisan coalition of Montana election officials seeking to reduce the risk of COVID-19 and keep Montanans safe and healthy.”

And has been taking action:

Bullock filed a response to that motion to expedite Friday morning, saying, “Your lack of planning is not my emergency.” It says the plaintiffs chose to wait until after dozens of counties already decided their plan for the election and one day before the deadline to submit mail ballot election plans.

The state argues the Trump campaign and Republican groups waited nearly a month after Gov. Steve Bullock issued his directive to challenge it in court, and the filing delay shouldn't limit the state's time to respond.

The response goes on to say local election officials are many weeks past the point at which a traditional in-person election could be conducted. It says granting this would inject chaos into the election and disenfranchise Montanans across the state. The response also says the primary election directive Bullock issued six months ago is nearly identical and resulted in a safe, secure election free of fraud.

If the court rules on the motion to expedite Friday, the response says Bullock’s office would only have three working days to respond because of the holiday weekend.

It says a lot that Trump is trying to pull this shit in Montana. It only confirms that the GOP isn’t feeling good about their chances in Montana hence why they have to pull this type of stunt. Let’s keep up the momentum to flip Montana Blue. Click below to donate and get involved with Bullock, Biden and their fellow Montana Democrats campaigns:

Bryce Bennett for Secretary of State 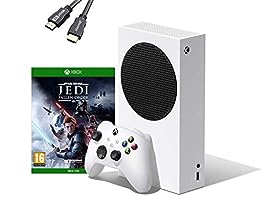