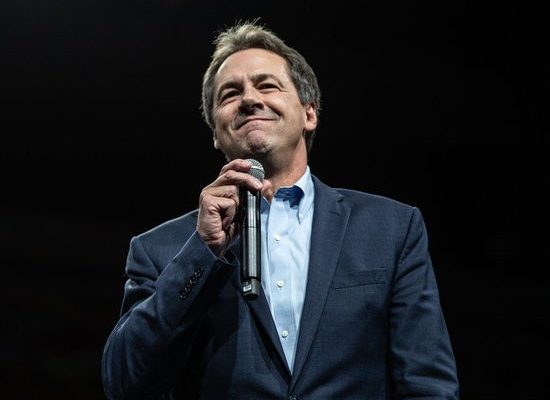 Big news out of Montana yesterday: Governor Steve Bullock announced his campaign for U.S. Senate, putting Democrats in a good position to win a crucial seat needed to flip the Senate this year.

Will you split a donation of $10 or more to my and Steve’s campaigns today so we can hold the Democratic House Majority and take back the Senate in November?

Right now, more than 400 bills passed by the Democratic House majority have been blocked from a vote in the Senate thanks to Republican Majority Leader Mitch McConnell. The only way for us to move things forward for the American people and start turning our progressive bills into law is by flipping the Senate blue, while expanding upon our 2018 successes in the House. Now that Steve has announced his run in Montana, we have an even better shot at reaching that goal.

Steve is a Democratic leader with years of public service experience, serving the people of Montana well and proudly standing up to corruption. In a deep red state, he expanded healthcare, took on corporate money and the Citizens United decision, and enacted progressive policies to tackle climate change — no small feat.

He’s now running in what’s considered to be one of the most competitive Senate races in the country, going up against an incumbent GOP Senator.

The 2018 Blue Wave swept Montana, reelecting Democratic Senator Jon Tester despite an onslaught of right-wing attacks and dark money spending from the GOP. That we could achieve this in a state that Trump won by 20 points in 2016 is truly inspiring. It reminds us that, with enough grassroots support, we can elect a second Democratic Senator from Montana in 2020.

Montana could be the key to flipping the Senate this November, but we’ve got to give Steve the resources he needs now to start building the strongest possible campaign.

Pitch in a split contribution of $10 or more to my and Steve’s campaigns today to help us take back our government from Trump and his allies in seven short months.