Host Katy Tur covered a protest demanding the opening of the economy. A Trump cultist showed ignorance of our new reality that explains her behavior. Tur gave the proper context stating it is small and politically driven.

During the Tea Party astroturf movement, the mainstream media used camera angles to give the impression at the start that it was bigger than it was. In fact, too often they ignored much larger progressive protests, some that I attended back in 2010 in Washington DC. That gave them momentum as people with true grievances joined those of ill-repute to disrupt the country.

It is clear that the corporate mainstream media now see the danger of these people who comprise the Trump cultist regime. It is clear they no longer see these protests as one that helps their benefactors, a large portion of the plutocracy.

Even as the media is necessarily covering the protests, many journalists like Katy Tur and Ali Velshi who are among the best, are doing their best to ensure Americans are not snowed by the false narrative.

“Of course there is a way to open the beaches,” the Trump cultist who wants stay-home orders ended said. “First of all, statistically proven throughout our history, they don’t quarantine healthy people. They, quarantine the sick.  Going to a beach, We need to pass antibodies. We need to do that in order to get healthy. It doesn’t matter when we open at this point. It doesn’t matter. People are going to remain, they are going to continue to get a little bit sick. It’s a flu. It’s a virus. I am following not media facts and not politician facts. I am following what I am seeing scientifically proven.”

One wonders who are the scientists she is listening to. She must think that the 60,000 deaths so far are a fluke. We have lost more people in about three months than we have lost in the 10-year Vietnam war. Scientists may have failed to inform her and other protesters that unlike the flu, this virus causes blood clots that cause strokes, amputation, and more. They must have failed to tell them that kids are now shown to get a rare multisystem inflammatory disease.

We must remain vigilant. We must not allow these people demands, many who are driven by other interests unrelated to the well-being of most, to take hold. 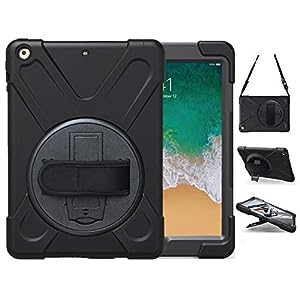