Here’s the latest news today out of Mississippi courtesy of Data For Progress’ latest poll:

While Hyde-Smith gets 50% in this poll, it’s within the MOE. Click here for the full results.

He will get it, according to several of the state’s top Democratic insiders who are working on the ground in the 2020 cycle.

“I’ve looked closely at the data, and I think Black turnout in Mississippi will be higher than it was when we had President Obama on the ballot,” said Charles Taylor, a political data consultant who is managing the canvassing effort for the Mississippi Democratic coordinated campaign this year.

“Black voters have struggled in this country and in this state for a very long time. Any opportunity or chance we get to increase our collective power, we’re going to do everything we can to do so,” Taylor continued. “Trump is the most divisive president and the worst president to people of color that we’ve had in modern history, and you’ve got a chance to help get him out of the White House. And you’ve got Espy at the top of the Mississippi ticket. There’s organic excitement that I haven’t seen in Mississippi in a long time.”

Democratic strategists feel certain that more Black voters will vote this year than in the state’s history. But whether Espy can earn broad support from white voters, who in Mississippi have long supported conservative candidates like Hyde-Smith, remains less clear.

Espy has focused much of his campaign messaging and outreach on white women in recent days. Across the nation the past four years, white women who live in suburban areas who have higher educational attainment levels have flocked to Democratic candidates like Espy. Mississippi saw clear signs of that shift the past couple years as Democrats performed better than ever in suburban counties.

By the way, this is so lame:

Executives of a company that once shunned Sen. Cindy Hyde-Smith have apparently come back into the fold, donating thousands of dollars to her campaign in the final days of Mississippi’s competitive U.S. Senate race.

That is just one of many revelations in eleventh-hour fundraising records, which show Democratic challenger Mike Espy has outraised Hyde-Smith more than 2-to-1 among large donors in the final stretch, according to FEC records.

Let’s keep up the momentum to flip Mississippi Blue. Click below to donate and get involved with Espy and Biden’s campaigns: 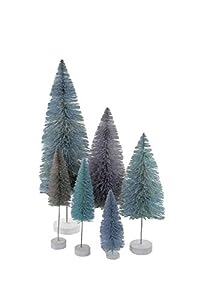