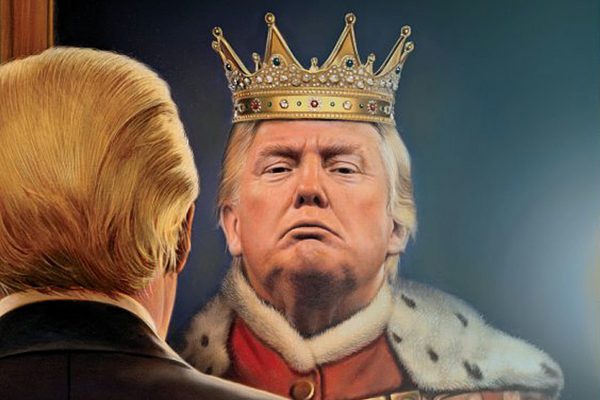 We are in the midst of investigations that may eventually lead to the ouster of a criminal President; one responsible for possible physical threats, to not only the country of Ukraine but to an American citizen, Ukraine Ambassador Marie Yovanovitch.  Mr. Trump has blatantly disregarded the powers of an equal branch of government, the Congress, and has generally been a menace to the world of peaceful nations. Trump’s participation in the coverup of the murder of journalist Jamal Khashoggi, the ever-changing story following the assassination of Iranian General Qassem Soleimani, and the allowance of a foreign hostile power [Russia] to wield undue influence in our election process is enough to throw even a street ruffian in jail.

This morning House Speaker Nancy Pelosi visually demonstrated the strength of America and the Constitution.  She named seven Americans and fellow Congress-people as House Managers imbued with the responsibility of prosecuting the President for crimes against the nation.  Standing at the podium with people who looked like the progress of America, flanked on either side by  House Intelligence Committee Chairman Adam Schiff, D-Calif., and House Judiciary Committee Chairman Jerrold Nadler, D-N.Y.  They were accompanied by the remaining managers; House Democratic Caucus Chairman Hakeem Jeffries, D-N.Y.; Rep. Jason Crow, D-Colo.; Val Demings, D-Fla.; Sylvia Garcia, D-Texas; and Zoe Lofgren, D-Calif.

No screaming and whining Republicans who cannot bring themselves to use the word ‘honorable’ when they defend the actions of the President were tapped.  No excuses from people blinded by ambition, greed, willful ignorance, or just plain malevolence were entertained.  The power of the President is not absolute, and the Founders had the forbearance to purposefully make attempted monarchy an impeachable infringement on a new nation’s attempt at fairness for all; “No man is above the law and no man is below it; nor do we ask any man’s permission when we ask him to obey it. Obedience to the law is demanded as a right; not asked as a favor.”- Theodore Roosevelt.

I have criticized Speaker Pelosi in the past for her deliberate approach, mainly out of frustration, but she has made this political process an American process. Today was the culmination of what Dr. Martin Luther King Jr. had hoped. No, not the possible dissolution of a presidency for high crimes and misdemeanors, but a mixture of America’s backgrounds, ethnicities, religions and races having an equal say in its’ future. Today is the posthumous birthday (Jan. 15, 1929) of Dr. Martin Luther King Jr. Thirty-nine years and four months later (April 4, 1968) he died at the hands of a man who despised justice.  One of the mistakes we make when we discuss Dr. King is that he fought for equality. That is wrong, all men and women are born equal, his fight was for equity.

So, on this day when Dr. King was born and lived to move justice and equity toward that arc he dreamed of, and the documents of Impeachment will be physically ‘marched’, much like Dr. King did so many times, over to the Senate building, remember his words;