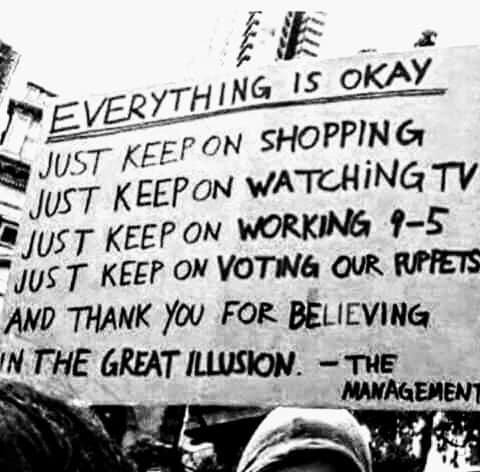 “No, no. There's 52 senators who don't agree, okay, and there's two that want to work something out if possible in a most rational reasonable way.” Joe Manchin fessing up that he and Sinema are Republicans to CNN reporter. Manchin Cheerfully Gives Republicans A Senate Majority (video in link)

There are just three broad river valleys in the state: the Ohio River, the lower Kanawha River, and the south branch of the Potomac. The rest of the state is prone to dangerous flash flooding due to a significant population residing in the mountain hollers. When heavy rainfall occurs, the creeks flood with the debris of rock, trees, cars, and homes that cause significant damage to infrastructure and life.

The New York Times recently published an article that highlights the cruelty of its Senators Joe Manchin and Shelley Moore Capito. Both Senators are climate change enablers; both will not vote for the climate change and other humane provisions in the Build Back Better plan. Joe Manchin, a Democrat, will likely doom the BBB because he is a coal baron. Moolah is why he is in politics. It certainly isn’t for the health of his family or constituents that he swore to protect.

FARMINGTON, W.Va. — In U.S. Sen. Joe Manchin’s hometown, a flood-prone hamlet of about 200 homes that hugs a curve on a shallow creek, the rain is getting worse.

Those storms swell the river, Buffalo Creek, inundating homes along its banks. They burst the streams that spill down the hills on either side of this former coal-mining town, pushing water into basements. They saturate the ground, seeping into Farmington’s aging pipes and overwhelming its sewage-treatment system.

Climate change is warming the air, allowing it to hold more moisture, which causes more frequent and intense rainfall. And no state in the contiguous United States is more exposed to flood damage than West Virginia, according to data released last week.

From the porch of his riverfront house, Jim Hall, who is married to Manchin’s cousin, recounted how rescue workers got him and his wife out of their house with a rope during a flood in 2017. He described helping his neighbors, Manchin’s sister and brother-in-law, clear out their basement when a storm would come. He calls local officials when he smells raw sewage in the river.

The First State Foundation found that Appalachia has shown distinct patterns of increased flooding patterns. They write: …”Among counties, Washington County, NC has the most significant county level increase in flood risk; with a 100% increase in critical infrastructure flooding, a 50.8% increase in the flooding of residential properties, a 51.7% increase in the risk of flooding of commercial properties, and a 32.3% increase in the flooding of roads over up to the year 2051. The highest concentration of community risk exists in Louisiana, Florida, Kentucky, and West Virginia, as17 of the top 20 most at risk counties in the U.S. (85%) are in these 4 states”. This foundation uses “more granular techniques to gauge flood risk than the Federal Emergency Management Agency.”

Due to West Virginia's topography and geography, settlements are along rivers in most cases. The research found sixty-one percent of power stations at risk, roads at 46%, and 57% of police and fires stations at risk of inundation. The state ties Louisana for schools and commercial properties at risk. The data is based on 100-year floods. We are not seeing those much anymore. Because a heating world holds more water moisture; flooding events are commonly 500 and 1000 year events.

One thing we do know for sure: West Virginia is naturally prone to flooding. In fact, it’s one of the most flash-flood prone states in the country, and maybe even the world. A lot has to do with the rugged Appalachian Mountains. Stacked ridgelines and deep hollows are really good at shaking moisture out of storms, and channelling it quickly downstream to larger rivers.

Climatologists like Mann explain that as the globe has warmed one degree celsius, the amount of moisture in the atmosphere has increased by about 5 percent. Mann compares the atmosphere to a sponge.

“The warmer the atmosphere is, the more water there is in that sponge and when you squeeze it you’re going to get more intense rainfall events, more intense flooding, and the data indicates that this is indeed happening in the U.S.”

Data from the National Oceanographic and Atmospheric Administration indicates that while some places like California are experiencing extreme drought, the amount of water in extreme rainfall events has increased 70 percent in our region over the course of the last century. So climate scientists like Mann are not totally surprised by West Virginia’s once-in-a-millennia 2016 flood.

The reporting doesn’t even include the effects from the strip mining for coal that Manchin has lined his pockets with.

Unfortunately, Mountaineers would rather rebuild on a regular basis than burn less coal. The rest of us shouldn’t have to use our taxpayers to rebuild the state over and over and over again. What about them apples, Joe?

Pete warns Manchin that he is going to kill people. Not that Joe or his GQP counterparts give a shit.

The writers in Climate Brief work to keep the Daily Kos community informed and engaged with breaking news about the climate crisis worldwide while providing inspiring stories of environmental heroes, opportunities for direct engagement, and perspectives on the intersection of climate activism with spirituality politics, and the arts.