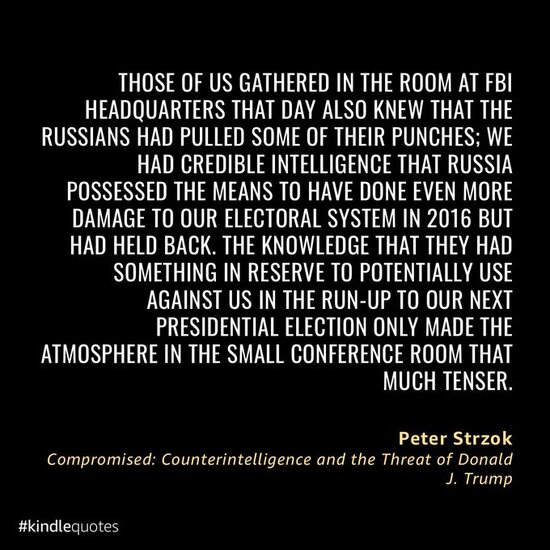 This is a true virtue-signal as Trump announces he’s now open for more griftable influence money not unlike the cash infusions he received in 2016. This is beyond the skimming that has now shown Trump to have blown through $800 million.

Trump doesn’t have anywhere near that amount in free cash. If it “shows up” someone needs to investigate the source.

Is this a good time to remind everyone that SCOTUS Justice Kennedy retired abruptly to make way for Trump’s Brett Kavanaugh, Kennedy’s son Justin signed off on Trump’s loans at Deutsche Bank, those loans were backed by Russians, and Justin’s boss Tom Bowers “killed himself”?

All models require making assumptions, many of which are hard to evaluate. Topics of Twitter debates between @NateSilver538 & @gelliottmorris are a great example of all the nuanced decisions to be made, with few opportunities to appeal to ground truth directly. 2/N

This paper was a blast to write and I learned a bit more about political science from my co-authors! Read more here: https://t.co/4gQq7iMb4L or just check out the paper! https://t.co/3JnhAfi58U (end)

One theme of the present article is that forecasters will inevitably have their own goals and incentives. As in scientific discussions of claims, forecasters’ analyses happen in a complex web of constraints and communication norms, particularly in a news context. Discussions of incentives should not be considered taboo or non-scientific, either when talking to or about election forecasters. In fact, we believe there is a need for more reflection, and research on, how incentives may shape forecasts. We are aware of some academic discussions from economists and psychologists of incentives in constructing probabilistic forecasts (Manski,2011, 2018, Fischoff, 2012, Baron et al., 2014). The economic and decision theoretic literature on scoring and aggregating individual predictions may also be informative.

We started this article with a story about political scientists whose models led them to distrust early polls. We end with another story, this time about broadcast journalists (MacNeil, 2019). On election night 1952, CBS used a UNIVAC computer implementing a model developed by statistician Max Woodbury to predict the winner as part of their live television forecast. Prior to closing of all the polls, the computer’s prediction was that Eisenhower would collect 438 electoral votes and Stevenson 93, giving 100 to 1 odds in favor of Eisenhower. Opinion polls, had however, shown Stevenson in the lead. CBS suggested this couldn’t be right, and asked Woodbury to reexamine his algorithm. He did, and running the model again revealed a new prediction of 8 to 7 odds in favor of Eisenhower, which Walter Cronkite reported on air. Woodbury then purportedly realized he had missed a zero in re-entering the input data, and indicated to CBS that the original odds had been correct. Only when the final results came in—442 to 89 for Eisenhower—did CBS admit the cover-up to their viewers.

Reflecting on election forecasting has many lessons to teach us—about historically demonstrated fundamentals, statistics, uncertainty communication, and incentives—but only if we are willing to listen. Fortunately, when we make public predictions using open data and code, we have many opportunities to learn.

Like the GOP and the plutocrats in the US:

Some in Putin's regime & oligarchs tied to the Kremlin are true believers. They genuinely believe in Putin and his ideology. Many do not. They see the corruption. They understand the oppression. But they don't see a way out. They go along cynically, not enthusiastically.

So much going on here. pic.twitter.com/WSDUCTSrMf

Trump’s latest “defense” in the #Losergate scandal is essentially:

“I never called our fallen soldiers ‘losers’ and ‘suckers’ for volunteering and getting killed; I just said the U.S. generals & Pentagon leaders who led them into war were traitors & corrupt profiteers.”

Our response: “We'll allow it but only if you don't insist on being dead first.”