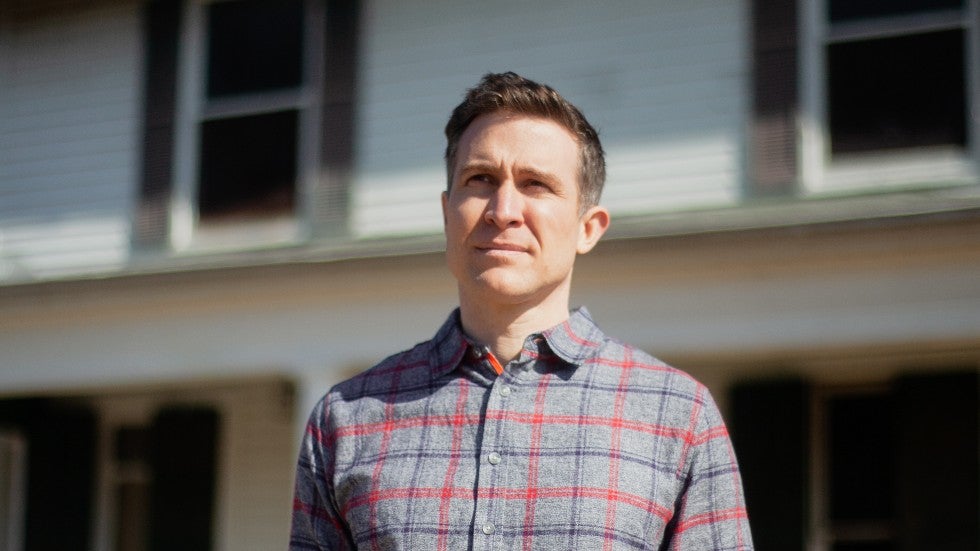 Some big news this week out of Missouri:

A Missouri Democrat who works at an organization that fights corporate monopolies on Tuesday became the latest candidate to announce a bid for U.S. Senate.

Lucas Kunce, 38, is the national security policy director at the American Economic Liberties Project, an organization that advocates for government action against business concentration.

The Independence, Missouri resident also is a Marine veteran of the wars in Iraq and Afghanistan.

“Missourians are frustrated with Washington because there are so few Senators with life experiences similar to mine or people in the communities I grew up in,” Kunce said in a statement.

Here’s some more info about Kunce:

In an interview with The Hill, Kunce noted his upbringing in a working-class family in Jefferson City, recalling how his parents went into bankruptcy after the birth of his sister.

“The normal person in Missouri grew up just the way that I grew up. We struggled, we were all one disaster away from bankruptcy. So for my family that was medical bills, for someone else it would be a car wreck and for another person it might be a house fire. And I lived that struggle, I grew up in that struggle,” he said.

Kunce was able to use Pell Grants and scholarships to go to Yale University and the University of Missouri School of Law before joining the Marines, ultimately deploying to Iraq once and Afghanistan twice. He later left the military to work at the American Economic Liberties Project, a nonprofit that wants to reduce the power of corporate monopolies.

Kunce is tapping into that biography to push what he calls a populist agenda in his campaign, telling The Hill he was disappointed in the amount of money spent overseas while communities in Missouri and across the country are struggling.

“I see us spending, it turns out to be trillions of dollars building up those other countries, basically for nothing, and me and my buddies risking our lives, to build up places like Fallujah, Habbaniyah or in Afghanistan Lashkar Gah when we should have been spending that money here in towns like Independence where I live now, in St. Louis, which has been forgotten by globalization, and then my hometown Jefferson City,” he said.

Among Kunce’s policy proposals are a “Marshall Plan for the Midwest,” which he says would invest in good-paying jobs in Missouri, particularly in the energy sector.

Kunce is the third Democrat to enter the primary. Former state Sen. Scott Sifton (D. MO) and gay rights activist Tim Shepard (D. MO) are already in the primary. Kansas City Mayor Mayor Quinton Lucas (D. MO) is also looking into this race. While Missouri is a red state, former Secretary of State and veteran, Jason Kander (D. MO), made it a very close race in his bid against retiring U.S. Senator Roy Blunt (R. MO) in 2016 (49%-46%), even when the state went heavily for Trump. With this in mind, major grassroots organization are looking at this race to help expand the Democrats majority in the U.S. Senate next year. Yesterday, Kunce picked up the endorsement of the Progressive Change Campaign Committee:

I'm proud to have the @BoldProgressive million-member movement on our side.

Roy Blunt may be retiring, but the interests that have waged war upon the middle class are stronger than ever in Washington.

It’s going to take all of us to fight back and win. pic.twitter.com/YcC9pLmAvw

Within hours of Lucas Kunce announcing his campaign for US Senate in Missouri, over $100,000 in donations poured in. Then came the headlines:

As a Marine and a crusader against corporate monopolies, Lucas Kunce is the kind of Democrat that can win in Missouri — and fight for Missouri families against Big Ag, Big Pharma, and other corporations controlling our farmland and economy.

We are proud to endorse his campaign. Can you help his Senate campaign get off to a strong start? Be one of Lucas Kunce’s first donors here!

The last time Republican Sen. Roy Blunt won this Senate seat, he barely scraped by with 49.2% of the vote. This is winnable, but we need to start early!

Lucas has a super-compelling life story. If you haven’t donated yet, you’ll want to after reading more from Huff Post:

“I think Missourians are ready for someone who’s lived through the struggles they’ve lived through,” Kunce said, recounting how his neighbors helped watch him and his siblings while his parents were in the hospital with a younger sister who battled a heart condition.

“I didn’t just experience the struggles, I experienced the way we take care of each other.” Kunce attended Yale on a scholarship and returned home to attend law school at the University of Missouri before joining the Marines, where he completed one tour in Iraq and two in Afghanistan before finishing his career at the Pentagon, where he says he first saw how corporate consolidation drove up costs for taxpayers and forced the government to buy foreign-made goods. Kunce now works as the director of national security for the American Economic Liberties Project.

Kunce indicated he plans to make economic concentration and corporate power a major issue in his campaign.

“The oppressive corporate monopoly structure we’re living under right now, we need to break that,” he said, noting a slew of Missouri-based companies, including Anheuser-Busch and Monsanto, have become foreign-owned in recent years. “Pharmaceutical cartels, big agriculture, big tech, defense monopolies ― all of them make it hard for a regular person to compete in the economy.”

Candidates like this don’t step up often enough. When they do, they deserve our support. Please be one of Lucas Kunce’s first donors here!

(22447)
$179.00 (as of May 21, 2022 02:53 GMT -04:00 - More infoProduct prices and availability are accurate as of the date/time indicated and are subject to change. Any price and availability information displayed on [relevant Amazon Site(s), as applicable] at the time of purchase will apply to the purchase of this product.)