Here’s the latest news today out of Missouri:

Our SLU/YouGov Poll shows that the gubernatorial race between Governor Parson and Democratic challenger, Nicole Galloway, is tightening with Parson now leading Galloway by only 2%, 41% to 39% among likely voters, which is within the poll’s error margin. In a poll conducted by Missouri Scout/Remington Research on April 28-29, Parson led Galloway by 13%, 52% to 39%. Unlike in the presidential race where only 4% of Missouri voters said they were undecided in our poll, 17% said they were not sure which candidate they would support for governor, creating a lot of uncertainly about this race about four months before Election Day.

Our SLU/YouGov Poll showed that the large block of white voters in Missouri (79%,     according to 2016 exit polling) preferred Parson over Galloway, 43.5% to 37%, while black voters (14% of the total vote in 2016 in Missouri) favored Galloway over Parson, 51% to 22.5%. White men were found to be more likely to vote for Parson than white women, 48.5% to 39%. Only 29% of black males favored Parson and just 17% of black females, but 25% of black men and 32% of black women said they were undecided. The fact that a high percentage of black voters said they were undecided cannot be ignored since typically about 90% of the black vote ends up in the Democratic column on Election Day. Given our SLU/YouGov Poll findings, if black turnout this year in Missouri is high and about 90% of this undecided black vote goes to Galloway, this could offset somewhat the large Evangelical vote and put Galloway in the win column on November 3rd.

Our polling shows this gubernatorial race to be in a statistical dead heat, so turnout among traditional Republican and Democratic bases will be key.

We have a real shot at winning another Governor’s race and Galloway deserves our support. Click here to donate and get involved with Galloway’s campaign. 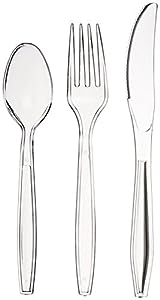