First, and most important, I hope you and your family are safe and well.

I’ve gotten to know Minnesota’s U.S. Senator Tina Smith, and I can tell you that she wakes up every day with heartfelt determination to fight for you and your family — and even more so in this time of multiple national crises.

Tina has acted to bring swift, specific changes to federal policy around policing by joining the Congressional Black Caucus, the House Judiciary Committee, and Senators Cory Booker and Kamala Harris in helping introduce the Justice in Policing Act of 2020.

But it’s not just top down. Tina is listening to, and working with, members of local communities to reimagine policing in a way that will ensure public safety for ALL Americans.

Will you join me in supporting Tina’s re-election to the U.S. Senate?

The murder of George Floyd activated a worldwide movement for change, and not just in policing. But make no mistake about it: the 2020 election is going to be the toughest ever for Democrats up and down the ballot!

In 2016 Donald Trump almost won in Minnesota, and in 2020 he’s making the North Star State a top target.

In addition to re-electing Senator Smith so she can keep fighting for you, we absolutely must end Mitch McConnell’s Reign of Arrogant Disregard. There’s so much at stake in this crucial election. It’s going to take each and every one of us pitching in to keep Tina’s voice — and her vote! — in the Senate.

Senator Smith needs our help to defeat the Republicans and their massive dark money machine. Can we count on you?

Tina has always been a fierce advocate for affordable health care, reproductive freedom, excellence in public education, and a strong and diverse economy for Minnesotans and all Americans — and she fights with all her heart every day to provide relief for families and communities.

Now more than ever, we need to keep Tina Smith in the Senate to ensure that our government is working for everyday people.

With all the corruption and lack of accountability in the Trump Administration, you may be wondering how we beat the tsunami of dark money pouring into the campaign coffers of Trump, McConnell, and the National Republican Senate Committee. Here’s how:

Can I count on you to chip in a few dollars right now to end Mitch McConnell’s Reign of Arrogant Disregard and re-elect Tina Smith?

(Feel free to give more if you can afford it!)

Senator Smith is a compassionate public servant with common sense who has never wavered on her progressive values. Tina has always stood up for us. Now it’s our turn to stand up for her.

I know that not everyone is able to contribute right now, but will you chip in whatever you can afford to help re-elect Senator Smith?

If you can’t afford to contribute, I hope you’ll go to tinaforminnesota.com and click Get Involved.

I can’t thank you enough for being part of the incredible grassroots team working day and night to make sure that Tina Smith wins re-election and that Democrats flip the Senate with a decisive margin of victory.

Don’t let the new normal get you down. We’ll get through this.

Stay strong, be safe, and be well. 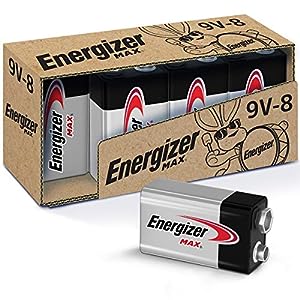