For eight minutes and forty-six seconds, a police officer pinned George Floyd to the ground with his knee on his neck and the full weight of his body.

For eight minutes and forty-six seconds, three other officers watched as Floyd’s life was unjustly taken from him.

George Floyd should still be with us today. We owe it to him, his loved ones, and to Black and Brown Americans across the country to seize this moment and to act.

In the past couple of weeks, many cities and states have committed to banning chokeholds and other neck holds that prevent the flow of blood to the brain. This maneuver can result in a deadly use of force and we must ban them at the federal level.

If you agree that we must institute a nationwide ban on chokeholds, can you sign our petition right now? Together, we can send a powerful message to Washington — add your name today.

This is just a first step toward transforming policing in this country. We have a long road ahead as we fight to end the racism and abuse of power at the heart of this system. But Eric Garner, George Floyd, Breonna Taylor, and so many others deserve this small step toward justice.

As we’ve seen hundreds of thousands of folks take to the streets to protest police brutality, we’re inspired by your bravery. Your voice, and anger, and pain are being heard by policymakers across the country.

We need you in this fight as we commit ourselves to transforming policing in this country. Can you sign our petition right now to demand a national ban on chokeholds? We must stand strong together to enact real, meaningful change.

Tina is working hard to get legislation to ban chokeholds passed in the Senate, and she is so glad to have you behind us on this. Thank you for taking action.

On March 13, law enforcement entered Breonna Taylor’s home in Louisville, Kentucky unannounced because of a “no-knock” warrant. The interaction that followed resulted in Breonna’s murder at the hands of the police.

This grave injustice is a tragic reminder of why we must end the use of “no-knock” warrants in drug cases — which too often lead to deadly use of force by law enforcement.

Breonna Taylor and her fiance were not involved in or suspected of any illicit activity. The police had wrongfully entered their home and had meant to be searching a home more than ten miles away. Their deadly mistake is absolutely devastating.

Right now, I am calling for an end to using “no-knock” warrants in drug cases. No person should be subjected to law enforcement entering their home unexpectedly — especially communities of color who have been harassed, traumatized, and killed by police time and time again.

If you agree that we must end the use of “no-knock” warrants in drug cases, can you sign my petition right now? Add your name right here to put pressure on Republican leaders in Washington.

We cannot continue to fail communities of color and repeat the same platitudes after each tragedy. Our words will only matter if they are coupled with action.

I am working hard in the Senate to pass legislation to end the use of “no-knock” warrants in drug cases at the federal level, and I want to know you’re with me on ending this injustice.

Thank you for signing on. 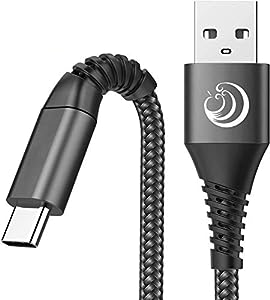