Minnesota is one of the most competitive states in the country in 2020, and Republicans are aggressively targeting my friend Sen. Tina Smith’s seat in particular.

The Trump campaign has pledged to spend up to $30 million in Minnesota. Tina needs our grassroots support to keep up. Will you split a contribution between Tina’s campaign and mine?

Tina fought hard to win her 2018 special election, and now, she’s fighting for working Minnesotans by improving access to affordable health care and by taking dark money out of politics to make Washington work for voters again.

But while she does all that, Tina had to jump right back into campaign mode. In fact, Tina is the only senator who has to run in back-to-back general elections.

Tina will need our support to make it through this tough election. Chip in whatever you can, and we’ll split your contribution between Tina’s campaign and mine.

To top it all off, Trump has hand-picked and endorsed former Rep. Jason Lewis to defeat Tina Smith and has been called a “mini-Trump”:

We know exactly what kind of leader Lewis will be — and Minnesotans deserve better. They deserve Tina’s strong and thoughtful leadership.

But the only way to make sure Tina returns to the Senate is if we take action here and now. Chip in now, and we’ll send half of your contribution to Tina. 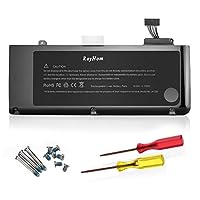