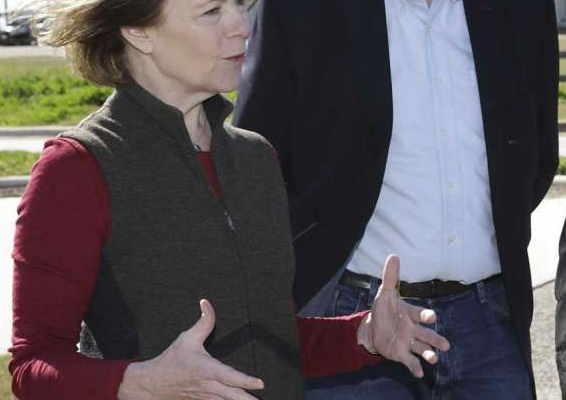 A former one-term Congressman. A former right-wing radio host (including as a guest host for Rush Limbaugh). Known in his home state as “Minnesota's Donald Trump.”

Now, he's running for the U.S. Senate against my friend, Senator Tina Smith.

Tina's one of us. Since she arrived in the Senate in 2018, she's been a key ally in the fight to undo Trump's cruel immigration policies, fight climate chaos, and take back our country.

Jason Lewis's run for Senate in Minnesota means one big thing: we need to step up to help Democrat Tina Smith right now. Chip in $3 to support her re-election.

Trump's campaign has already made clear that Minnesota is a top target, Sam. It was the blue state Trump came closest to winning in 2016, losing by only about 1.5%. This time, with his own Minnesota mini-me on the ballot, Trump and the Republicans are coming hard at Minnesota and we have to help Tina be ready.

There's a reason Lewis is an extremist darling. He's called people receiving government aid “parasites and scoundrels.” He voted over and over to repeal the Affordable Care Act in his one term in Congress. You can bet the right-wing money machine will be all in for him.

We need Tina Smith in the Senate. Our mission this election is crystal clear: Dump Trump, Ditch Mitch, Save America! We can't do that without winning in Minnesota.

Donate $3 today. Let's show Tina (and McConnell!) that we won't stand for Trump's mini-me in Minnesota!

(43136)
$0.00 (as of May 20, 2022 04:21 GMT -04:00 - More infoProduct prices and availability are accurate as of the date/time indicated and are subject to change. Any price and availability information displayed on [relevant Amazon Site(s), as applicable] at the time of purchase will apply to the purchase of this product.)