WATCH: Sen. @AmyKlobuchar tells Chuck there are some “very interesting questions” about the Brett Kavanaugh records that the Trump administration is withholding. #MTP

KLOBUCHAR: “It would strongly bolster the arguments that I could make,” on whether Kavanaugh is qualified. pic.twitter.com/ECpFncuNz3

Sen. Amy Klobuchar (D-Minn.) criticized Republicans on Sunday for the unprecedented way they are conducting the confirmation process for Brett Kavanaugh, President Donald Trump’s nominee to the Supreme Court.

Klobuchar complained about decisions that have blocked access to or shielded use of documents concerning the several years Kavanaugh spent as a White House aide in President George W. Bush’s administration.

Klobuchar, a member of Senate Judiciary Committee that begins Kavanaugh’s confirmation hearings on Tuesday, expressed chagrin over the Trump White House’s Friday night announcement that it is withholding more than 100,000 pages of Kavanaugh’s records from his time working for Bush. The Trump administration cited presidential privilege as the basis for its decision.

“It’s not normal because we are not able to see 100,000 documents because the administration has said we can’t see them, exerting their executive power,” Klobuchar said on NBC’s “Meet the Press.”

She aired similar concerns about “148,000 documents that I’ve seen that you cannot see because they will not allow us to make them public so I can’t even tell you about them right now on this show,” referring to additional material that only members of the Senate Judiciary Committee are being allowed to view.

Klobuchar argued that the documents stemming from Kavanaugh’s time in the Bush White House could “strongly bolster the arguments that I could make” on whether the appellate court judge is qualified to serve on the Supreme Court.

“I think that you could ask some very interesting questions about these documents that I’m unable to even say,” she said.

It’s more important now to make sure we get 49 No votes on Kavanaugh. Click here to contact your Senate to urge them to vote No on Kavanaugh. 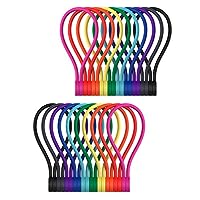