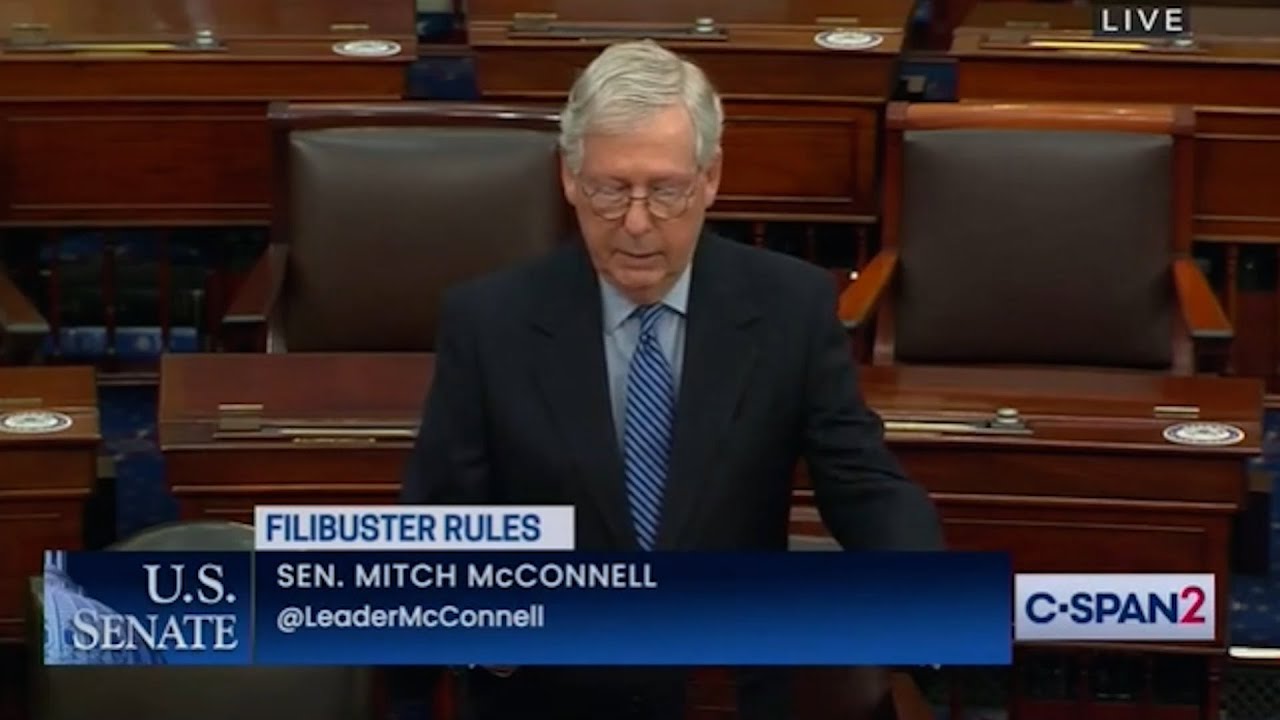 Mitch McConnell is threatening Democrats with scorched-earth GOP policies they have already done if they kill the filibuster.

Mitch McConnell took the floor with the following diatribe as he threatened Democrats with hell if they kill the filibuster.

“If the Democrats break the rules to kill Rule 22 on a 50/50 basis, then we will use every other rule to make tens of millions of Americans voices heard,” McConnell said. “Perhaps the majority would come after the other rules next. Perhaps Rule 22 would be the first domino of many until the Senate ceased to be distinct from the House in any respect. This chaos would not open up an express lane to liberal change; it would not open up an express lane for the Biden presidency to speed into the history books. The Senate would be more like a hundred car pile-up, nothing moving.”

He then blamed Democrats for getting Conservative Judges on the Supreme Court for their past actions. Of course, he did not mention that the cause was vicious obstruction by the Republicans.

“And then there’s the small matter that majorities are actually never permanent,” McConnell said. “The last time a Democrat leader was trying to start a nuclear exchange, I remember offering a warning. I said my colleagues would regret it a lot sooner than they thought. And just a few years and a few Supreme Court vacancies later, many of our Democratic colleagues said publicly that they did.”

And then came the real threats.

“Touching the hot stove again would yield the same result, but even more dramatic, as soon as Republicans wound up back in the saddle, we wouldn’t just erase every liberal change that hurt the country,” McConnell continued. “We’d strengthen America with all kinds of conservative policies with zero input from the other side. How about this? Nationwide right to work for working Americans. Defunding Planned Parenthood and sanctuary cities on day one. A whole new era of domestic energy production. Sweeping new protections for conscience and the right to life of the unborn. Concealed carry reciprocity in all 50 states and the District of Columbia. Massive hardening of security on our Southern border.”

Democrats should allow McConnell’s threats to deter them. Unless the HR-1 and other bills get through, Republicans will rig elections at the state level that will likely last a generation. Filibuster killed or not; Republicans will be scorched-earth if they get control. They have no choice as they are likely a permanent minority party that can only govern with undemocratic minority rule.

(51626)
$17.62 (as of May 21, 2022 04:12 GMT -04:00 - More infoProduct prices and availability are accurate as of the date/time indicated and are subject to change. Any price and availability information displayed on [relevant Amazon Site(s), as applicable] at the time of purchase will apply to the purchase of this product.)