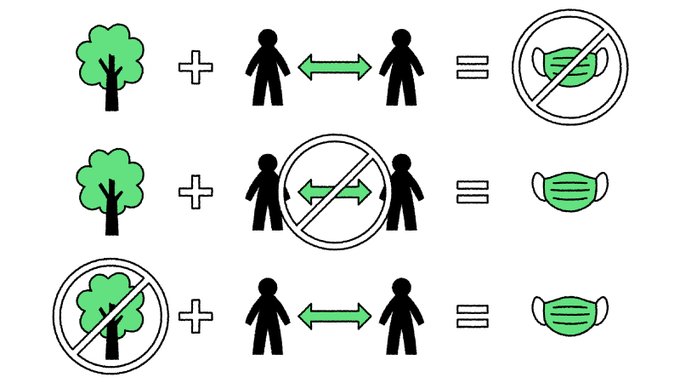 Peak cynicism has arrived. Tucker Carlson pimps a version of the nanny-state with more police confrontations because he thinks cops should stop children from wearing masks by enforcing child abuse laws. Apparently making a child wear a mask is like punching them in the face or the equivalent of exhibitionism.

Someone is going to meet a tragic end because of these cynical calls for performative outrage and possible violence.

Tucker Carlson is now telling his audience to harass people who wear face masks outside.

If they see children wearing masks, Tucker says the response should be no different than when you see a kid being abused — “call the police immediately, contact child protective services” pic.twitter.com/4svVH0JY3s

Fox News host Tucker Carlson has urged his viewers to oppose the outdoor wearing of face masks by children as child abuse. He told viewers to call the police or Child Protective Services if they see a masked child outdoors.

Commenting on this, Carlson said: “Your response when you see children wearing masks as they play should be no different from your response to seeing someone beat a kid at Walmart. Call the police. Immediately contact Child Protective Services. Keep calling until someone arrives. What you're looking at is abuse it's child abuse and you are morally obligated to attempt to prevent it.”

Carlson compared forcing school children to wear masks outside to adults punching children in the face. He later compared people wearing face masks after being vaccinated to grown men who expose themselves in public.

This is really, really dangerous. Listen to his tone of voice, and what he’s instructing. He’s moving from his viewers passively consuming his propaganda to having them act on it — against their neighbors. He’s testing his audience’s compliance. https://t.co/ZxqFMsboAW

A person who intentionally communicates to a law enforcement agency or the Department of Child Services a knowingly false report of child abuse or neglect commits a class A misdemeanorhttps://t.co/qimQiv6syn

These are strange times, when Thomas Sowell, a Black conservative and former marxist can be called a cynic, however understandable.

No doubt Sowell’s cynical vision was honestly come by. But it is not a tragic vision. It is bitter rather than sad and focuses on human folly rather than grace. According to Sowell, any effort to change things for the better will perversely make things worse because we simply cannot know enough to bring about improvement—he does not even acknowledge that unintended consequences can sometimes be beneficial, rather than corrosive. Progressive efforts to improve the lot of the poor have either amounted to nothing, according to Sowell, or have come at too high a price for the rest of society. By putting progressives in power, we jeopardize the fragile accomplishments we’ve managed to bring about so far—better to roll the dice on a postmodern billionaire whose disdain for democratic institutions that took centuries to build was well documented even before he became president. So I say let us have the tragic vision of Tolstoy, Harper Lee and King over the cynicism of Sowell.

It was a cynical play For Israel to attack them while the US Secretary of Defense was visiting Israel.

Iran said on Tuesday it will start enriching uranium to 60% purity, a move bringing the fissile material closer to levels suitable for a bomb, after accusing Israel of sabotaging a key nuclear installation.

The disclosure came soon before the resumption of talks in Vienna aimed at reviving Iran's 2015 nuclear deal with major powers, an accord Israel fiercely opposed, after former U.S. President Donald Trump abandoned it three years ago.

A fissile purity of 90% is suitable for a nuclear bomb.

However, an Iranian official told Reuters later that “60% enrichment will be in small quantity” only.

“From tonight, practical preparations for 60% enrichment will begin in Natanz; 60% uranium is used to make a variety of radiopharmaceuticals,” the semi-official Fars news agency quoted Iranian nuclear agency spokesman Behrouz Kamalvandi as saying.

The International Atomic Energy Agency, the U.N. nuclear watchdog, said it had been informed of Iran's decision.

PSA: if you or someone nearby are being brutalized by a police Spot robot and can get a hand or something underneath, grab this handle and yank it forward. This releases the battery, instantly disabling the robot.

Keep your hands away from joints, Spot WILL crush your fingers. https://t.co/bMyEKmpS7R pic.twitter.com/vw8WDMWDAD

The other day my son and I were talking about how sites have automated systems for identifying pornography at time of upload–not foolproof but they are a first line of defense.

And my son asked why these systems aren't used to detect dick pics and ask for recipient consent?

Capitalists are the only surplus-appropriating class in history to tolerate electoral democracy based on a broad franchise that embraces a significant proportion of the exploited class. Because of their peculiar position in relations of surplus extraction, capitalists can tolerate both an alternation of governing teams, and the presence of non-capitalists in the state. However, their tolerance of electoral democracy is strictly limited and conditional.

There are no historical cases of capitalists tolerating the outcome of elections that might threaten capitalist property relations. What’s more, as the world economy becomes increasingly stagnant, and as rates of investment in plant and equipment decline across the board, a zero-sum struggle is beginning to emerge, both among capitalists and between capitalists and producers.

Whatever else might be implied by a resurgent democratic socialism and a capitalism in crisis, they do not augur well for the future of competitive elitism. Whether they might lead to the establishment of a socialist democracy beyond capitalism is an entirely different matter.

Capitalists are sometimes accommodating of electoral democracy. But at no point in history have capitalists ever accepted the outcome of elections that might threaten capitalist property relations. https://t.co/ITwlLojDAX