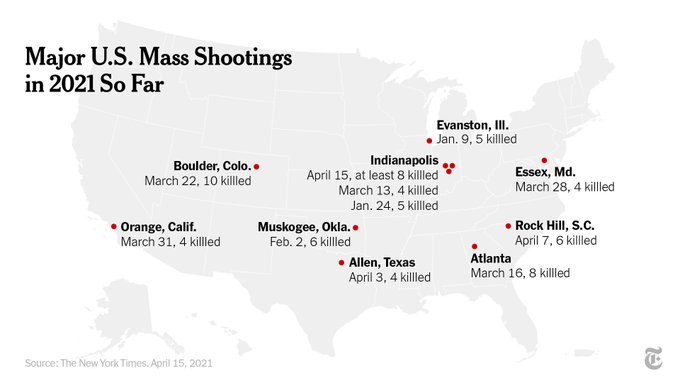 Do we really have the will to prosecute Trump for anything? Or will he escape yet again because he’ll try to bargain his way out of an indictment  because he holds something, something national security secret. This is probably how Kushner guaranteed his safety after leaving the Trump regime. For example, there seems to have been no Russian bounty on US troops in Syria.

Do we have the political will to bring charges against Donald Trump for the crimes he inarguably committed . . . well, do we . . . https://t.co/3ilgoDrvnW

WTP are trying to be patient, waiting for accountability & justice. While we wait, Trump lumbers around his 3rd rate FLA resort telling lies calculated to inspire more violence. Let’s hope the delay is simply because DOJ is dotting the insurrection i’s & crossing the treason t’s.

Installing friendlies at the NSA/Pentagon, & likely soon the FBI & CIA, paves the way for destruction of evidence and the selling of secrets to pay trump's debts. Would also explain preventing PDB and transition for Biden. It's not a coup, it's a coverup. https://t.co/KpqB9ynvSc

The Russian bounty program is an alleged project of Russian military intelligence to pay bounties to Taliban-linked militants for killing American and other allied service members in Afghanistan.

In April 2021, the U.S. government reported that the U.S. intelligence community had “low to moderate confidence” in the bounty allegations.[6][7] In a separate assessment, U.S. intelligence had “high confidence” that Russian military intelligence managed “interaction with individuals in Afghan criminal networks” and that this unit's involvement is “consistent with Russia's encouraging attacks against U.S. and coalition personnel in Afghanistan.”[6]

Two law enforcement officials confirm to @AP FedEx shooter has been ID'd as 19-year-old Brandon Scott Hole of Indiana. They say investigators are searching a home associated with him & have seized evidence, incl. desktop computers & other electronic media. https://t.co/T1PKCtTnva

Eight people were killed after a gunman opened fire at a FedEx facility in Indianapolis late Thursday before killing himself, according to police.

Four others who were shot and another who was injured were taken to hospitals, officials said, adding that some may have been privately transported to medical facilities.

No law enforcement officers were hurt in the shooting carried out by a former employee who last worked at the facility in the fall, authorities said Friday afternoon.

A motive for the attack wasn't immediately clear, but a year ago, the shooter's mother said she feared he might be suicidal.

“In March 2020, the suspect’s mother contacted law enforcement to report he might try to” attempt “suicide by cop,” said FBI Special Agent in Charge Paul Keenan, who runs the bureau's Indianapolis field office.

The phrase “suicide by cop” refers to a self-destructive person who intentionally draws the attention of police in hopes of a deadly confrontation.

Here’s a picture of the FedEx mass shooter, Brandon Scott Hole, who massacred 8 innocent Americans, next to a gallery of the deadliest, most notorious American mass shooters + domestic terrorists of the last 20+ years. pic.twitter.com/WIDEbdSlu7

FedEx prohibits employees from having their phones on while they are working. It made it difficult to contact family members

Actually the effect of banning 2.5 hour flights seems to be minimal and in some cases encourages greater high=speed rail use, but does show how climate crisis regulation will come into play. This could also promote the use of private planes.

French lawmakers approved a ban on short-haul domestic flights late Saturday, paving the way for one of the most controversial climate bills in Europe. If it passes the French senate, the ban would force airlines to cancel all domestic flights under two and a half hours and force travelers and commuters to instead take trains. www.thedailybeast.com/…

This is big news re aviation and its emissions. Don’t be surprised if other countries with good rail options follow suit. 🇫🇷 https://t.co/epD6n98hAd

…This vote was made by the National Assembly, but there will be two more sets of votes before this is formally approved.

This vote came shortly after it was announced that the French government would more than double its stake in Air France-KLM, which is coming with some significant provisions.

This latest bill is part of an overall effort by the country to reduce carbon emissions by 40% by 2030, bringing them back down to 1990 levels.

Other ideas under consideration included banning flights where there are train connections of less than four hours, and even banning the construction of new airports and expansion of existing airports.

“France is offering the owners of old, exhaust-belching cars the opportunity to hand over their vehicles for scrap in return for a 2,500 euro ($2,975.00) grant to buy an electric bicycle.” https://t.co/UEI9UjObV8

After leaving her job at the NSA in 2014, Lori Stroud worked as a contract intelligence operative for the UAE. Stroud, now living in an undisclosed location in America, said the mission crossed a line when she learned her unit was spying on Americans.https://t.co/VnZf3NwRje

Remember this? “Qatari officials gathered evidence of illicit influence by the UAE on Kushner and other Trump associates, but decided not to give the information to Mueller for fear of harming relations with Trump.” Maybe someone could circle back now.https://t.co/yMewWuDUse

Jared Kushner was trying to get F-35s to the UAE – which was hiring America's own intelligence officers to spy on, among others, Michelle Obama.

In 2017, Qatar's Finance Minister rejected Charles Kushner's plea for a bailout for 666 5th.

1 month later, Saudi Arabia & UAE – with Jared's backing – initiated a blockade of Qatar (home of US' largest ME base).

1 year later, he got his Qatari bailout.https://t.co/JqoU33odiq

(43264)
$0.00 (as of May 21, 2022 11:17 GMT -04:00 - More infoProduct prices and availability are accurate as of the date/time indicated and are subject to change. Any price and availability information displayed on [relevant Amazon Site(s), as applicable] at the time of purchase will apply to the purchase of this product.)