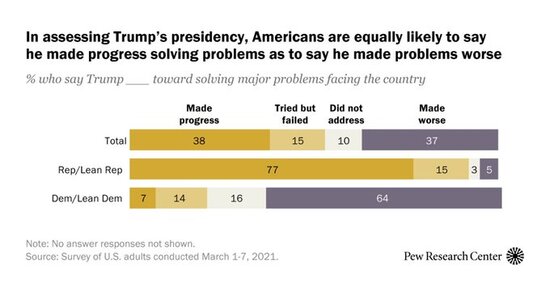 Caravan with a drum solo, perhaps Trump will go to the border to help frame what is appearing to be deliberate GOP orchestration of migrant issues at the southern border. As if the Trumpian chaos never existed for four years, with declared emergencies, veiled threats of terrorists, and then that stupid ‘wall’. Trump won’t get the same fanfare but there will be grifting.

Former president and longtime race baiter Donald Trump made waves over the weekend when he suggested in a Fox News interview that officials had requested his presence at the increasingly chaotic southern U.S. border. “Well a lot of people want me to [go], the Border Patrol and the people of ICE want me there and have asked me to go,” Trump told Fox News’ Jeanine Pirro. “I feel I sort of owe it to them.”

Trump set what advocates described as a new mark for cruelty at the border by separating families from their children and instituting a “Return to Mexico” policy that left migrants vulnerable and exposed. Now that a so-called surge of migrants, including children, has threatened to overwhelm U.S. officials in the early days of the Biden administration, Trump appears determined to capitalize on it.

Trump said this weekend that "the Border Patrol and the people of ICE want me" to go to the border.

An ICE spokesperson said: "There is no official ICE personnel communications that went out." https://t.co/MxgewvQB0i

Biden on Trump’s Potential Visit to the Border: I Don’t Care What He Does

Some children do make the potentially dangerous trip to the border alone or with a smuggler, according to immigration experts. But in other cases, children travel with older siblings, grandparents or other relatives, and can be split apart by CBP after being caught at the border.

Currently, immigrant advocates are concerned that parents may be traveling to the border with their children and sending them to the United States alone so that they will be permitted to enter.

If the parents and children entered as a family, they could be expelled under Title 42, a Trump-era health order to limit the spread of COVID-19.

WHAT HAPPENS WHEN A CHILD ARRIVES AT THE BORDER?

Children are supposed to be transferred out of CBP custody to HHS-run shelters within 72 hours.

But when shelter space is limited, children can get stuck in border detention centers for longer periods – as is happening now.

The border stations were built to house adult men for short periods and could pose a COVID-19 health risk to children and staff if they are overcrowded.

Once in the shelters, children can be released to parents or other sponsors, or placed in foster care. They can then pursue asylum cases, seek other ways to remain in the United States or potentially be deported – although that is unlikely to happen quickly.

The United States removed only 4% of the roughly 290,000 unaccompanied children who entered the country from fiscal year 2014 to fiscal year 2019, according to U.S. Department of Homeland Security (DHS) data.

A point I think many reporters are missing:

Trump used Title 42 to expel half a million migrants & 13,000 kids. He did so knowing that there are ZERO legal repercussions for being expelled.

There’s no way they didn’t know they were manufacturing a bottleneck at the border.

Ted Cruz flopsweatting his way through a photo op at a gap in Trump’s rusted-over border wall is a pretty perfect image of where the GOP is right now. pic.twitter.com/HLV1rKSAGF

Republicans are at the border inspecting an “illegal immigration” crisis, but if they inspected Trump National Golf Club, Trump Bedminster, Mar-a-Lago or 8 other properties owned by their own leader, they would’ve found undocumented workers at all of them.https://t.co/PhcwkQUCQl

Today the former President issued a lengthy statement filled with lies. Very few people cared. Fewer people even read it (as a public service I read his delusional statements so you don’t have to). What a lovely feeling!