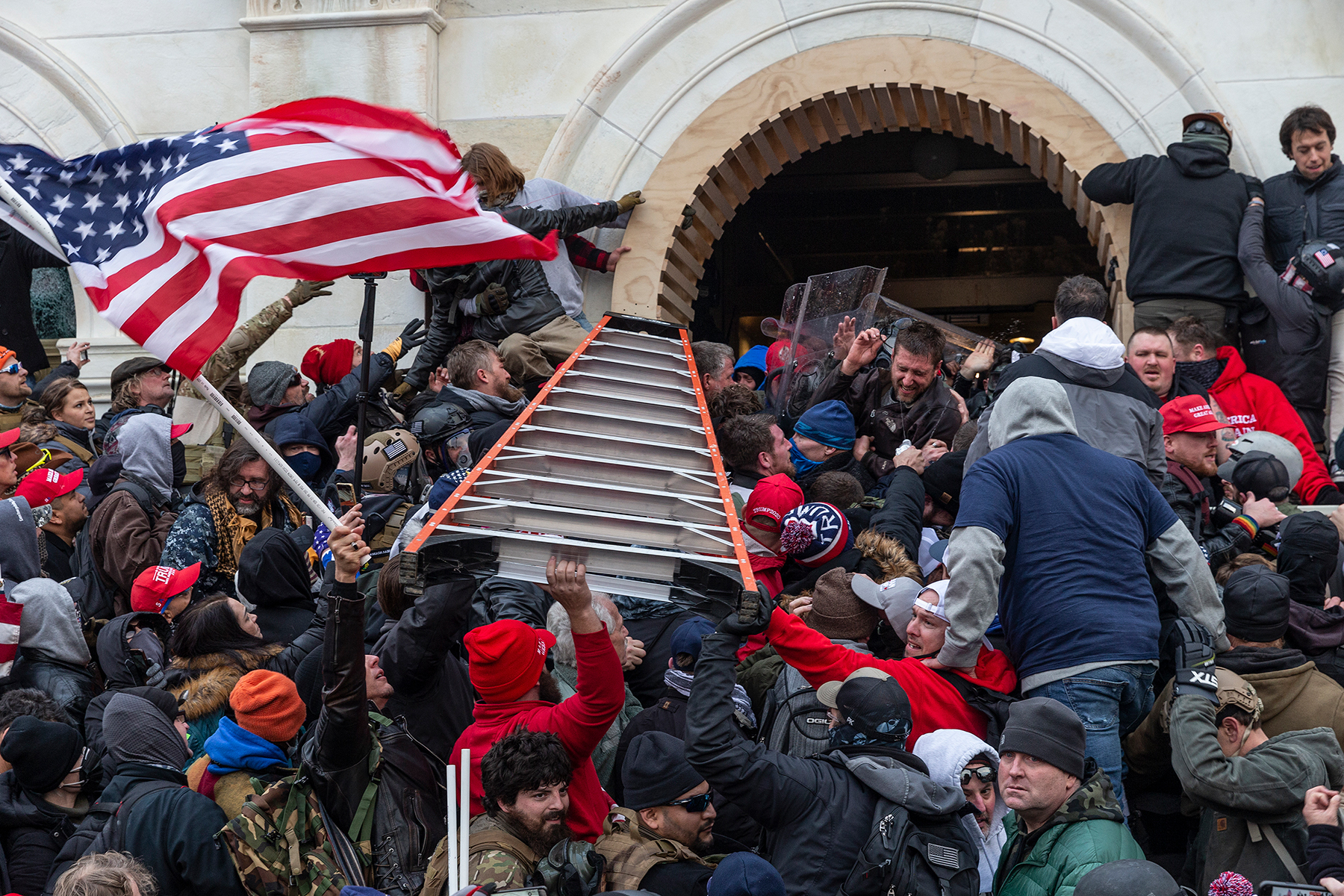 Previous Guy spoke of his supporters “hugging and kissing the police” on 1/6, because people died

Here's what Trump had to say on Fox tonight about the Capitol riots:

"It was zero threat, right from the start… Some of them went in, and they are hugging and kissing the police and the guards… a lot of the people were waved in, and then they walked in and they walked out" pic.twitter.com/tPCwuzrlOd

Former President Donald Trump claimed his supporters involved in the deadly Jan. 6 insurrection at the U.S. Capitol posed “zero threat” and involved people “hugging and kissing the police.”
One police officer was killed in the attack, and at least 138 suffered injuries that included burns, concussions and fractures.
The Capitol was overrun with a mob attempting to stop the certification of Democrat Joe Biden’s Electoral College win.
The former president also claimed his arrested supporters were being “persecuted” for involvement in the violence.
www.huffpost.com/…

This is the kind of anti-government activity you find in under-developed, impoverished, or militarily defeated nations. It's not usually the result of people watching too much TV and feeling like actors and journalists don't love them enough, but here we are. https://t.co/qQAGhdogRF

The 0.01 percenters represent about 0.007 percent of the U.S. population, yet they receive more than 5 percent of the nation’s collective capital and labor income. In tax law, they are America’s criminal class, @timothynoah1 writes. https://t.co/octoAonDvj

QAnon is hosting a conference in Dallas with Sidney Powell
and Michael Flynn https://t.co/5Wdt4oqYCs

EXCLUSIVE: The Trump Organization used perks like apartments and tuition paymnts in lieu of salary raises in order to control its key employees, a cooperating witness in investigations told me.

"If you want to leave, where are you going to live?"https://t.co/dJ9CIbkY7G

(51689)
$17.62 (as of May 22, 2022 10:29 GMT -04:00 - More infoProduct prices and availability are accurate as of the date/time indicated and are subject to change. Any price and availability information displayed on [relevant Amazon Site(s), as applicable] at the time of purchase will apply to the purchase of this product.)