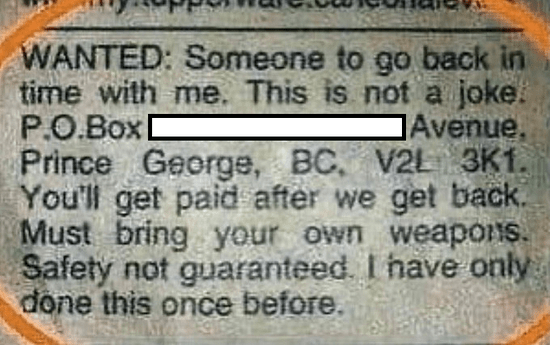 We remain weary about the callow stupidity of the GOP/GQP but we must not patronize or condescend about how superfluous their grievances have been and continue to be. Now that we know more about Trump’s sexual practices, fascist fantasizing seems altogether rote and boring, but certainly redolent of a banality of evil as well. No different than Trump taunting us with 2024, former Missouri governor Eric Greitens, who similarly thinks that his character flaws and treatment of women make him a better national politician. Whatever works, because the GOP thinks Americans don’t care about one-party rule by an Orange dictator, because that’s what Trumpist women want, Phyllis Schlafly’s cult of domesticity and fascinating womanhood.

this is Heidi St John, a GOP house candidate: “You can’t go to your library any more to get Dr. Seuss because that’s damaging to children, but Cardi B can get up there and simulate lesbian sex in front of the entire country … You guys, Pepé Le Pew! Hello!” pic.twitter.com/wA5B7Ce88P

The Female Complaint is part of Lauren Berlant’s groundbreaking “national sentimentality” project charting the emergence of the U.S. political sphere as an affective space of attachment and identification. In this book, Berlant chronicles the origins and conventions of the first mass-cultural “intimate public” in the United States, a “women’s culture” distinguished by a view that women inevitably have something in common and are in need of a conversation that feels intimate and revelatory. As Berlant explains, “women’s” books, films, and television shows enact a fantasy that a woman’s life is not just her own, but an experience understood by other women, no matter how dissimilar they are. The commodified genres of intimacy, such as “chick lit,” circulate among strangers, enabling insider self-help talk to flourish in an intimate public. Sentimentality and complaint are central to this commercial convention of critique; their relation to the political realm is ambivalent, as politics seems both to threaten sentimental values and to provide certain opportunities for their extension.

Pairing literary criticism and historical analysis, Berlant explores the territory of this intimate public sphere through close readings of U.S. women’s literary works and their stage and film adaptations. Her interpretation of Uncle Tom’s Cabin and its literary descendants reaches from Harriet Beecher Stowe to Toni Morrison’s Beloved, touching on Shirley Temple, James Baldwin, and The Bridges of Madison County along the way. Berlant illuminates different permutations of the women’s intimate public through her readings of Edna Ferber’s Show Boat; Fannie Hurst’s Imitation of Life; Olive Higgins Prouty’s feminist melodrama Now, Voyager; Dorothy Parker’s poetry, prose, and Academy Award–winning screenplay for A Star Is Born; the Fay Weldon novel and Roseanne Barr film The Life and Loves of a She-Devil; and the queer, avant-garde film Showboat 1988–The Remake. The Female Complaint is a major contribution from a leading Americanist.

Below is an interesting YouTube lecture earlier today that unfortunately requires a fair amount of understanding beginning with George Eliot but also understanding the range of Victorian cultural and literary theory (genre, transition, and technique in “self-help’) as well as the postmodern critical analysis driven by of all things, improving your bowling. Because riffing on technique (as technology) is all we might ever do.

Grace Lavery, One Weird Trick: Feminism, Realism, and the Rhetoric of Technique

“She really knows how to have a good time.” Such an assessment presupposes two premises, neither of which we conventionally take for granted: that following certain procedures will produce a good time, and that those procedures can be known in advance. In this lecture, I will explore the logical foundations of these claims, and their implications for the techniques of pleasure-giving and receiving that I take to be essential to the possibility of trans feminist thriving, and the focus of both suppressive patriarchal epistemologies, and anti-trans feminist thought. Through brief and critical readings in the work of the feminist eugenicist Marie Stopes, the cult leader and science fiction writer L. Ron Hubbard, and the anonymously published “big book” of Alcoholics Anonymous, I sketch an historiography of the “one weird trick your doctor doesn’t want you to know,”– by which feminists can create anew our own bodies, communities, and politics. In so doing, I aim to refresh Michel Foucault’s call in 1977, to “withdraw allegiance from the old categories of the Negative (law, limit, castration, lack, lacuna), which Western thought has so long held sacred as a form of power and an access to reality,” and instead to rebuild our world with our own knowledge-practices, trained not on what satisfies, intrigues, or expresses, but on what works.

Grace Lavery is Associate Professor in the Department of English at UC Berkeley, and general editor of Transgender Studies Quarterly. She is the author of Quaint, Exquisite: Victorian Aesthetics and the Idea of Japan (Princeton 2020), which won the NAVSA “Best Book of the Year” prize, and of Please Miss, an experimental memoir which will be published by Seal Press in 2021. Her essays have appeared in Critical Inquiry, Differences: A Journal of Feminist Cultural Studies, English Literary History, and elsewhere. She is currently completing two books––one on trans feminist rhetorics of technique, from which this lecture is drawn, and one on the problem of narrative closure in the age of the sitcom.

A day after Eric Greitens announced his campaign for Senate, Sen. Josh Hawley told @mkraju he stood by his call in 2018 for then-Gov. Greitens to resign.
“I wouldn't change any of that,” said Hawley.https://t.co/KDo1rmbYEc

(22447)
$179.00 (as of May 21, 2022 04:48 GMT -04:00 - More infoProduct prices and availability are accurate as of the date/time indicated and are subject to change. Any price and availability information displayed on [relevant Amazon Site(s), as applicable] at the time of purchase will apply to the purchase of this product.)