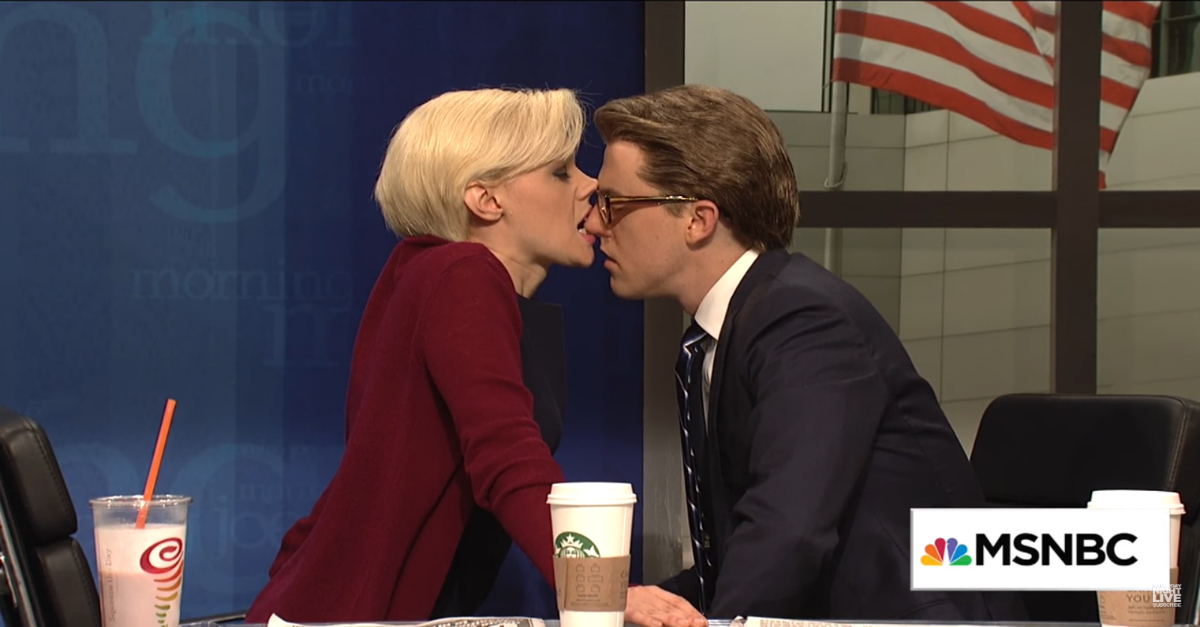 This is why I have no respect for the “credit where credit is due” people.  The diaries that celebrate Joe Scarborough for saying the obvious — that Donald Trump is a corrupt cretin.  Because when the rubber hits the road these people take the Republican line, one hundred percent.  I just heard Morning Joe go all in on the memo they must have gotten from the Republican Senators.  Just like they went all in on the Republican line on Hillary’s emails and were probably a major part in getting the cretin Trump elected (not just them but the media).

It was a few ugly minutes.  Oh they feel sorry for Dr. Ford, but she has no rights at all, she must do what Grassley wants.  She must come before the Republicans on Monday and she is a scared and timid person who should be felt sorry for, for suggesting otherwise.  That there should be no FBI investigation because nothing would come of it.  That the vote must happen (no reason, but it must happen).  They implied that Dr. Ford did not want to come on because she was afraid.  She is a timid, scared woman.  No mention of the death threats and having to flee her home. No mention of the fact that there was an FBI investigation of Anita Hill.  No discussion of the fact that Dr. Ford has rights as a citizen.  The Soviet style of the dehumanization of Dr. Ford gave me chills.

But then Mika Brzenzski spoke and once again showed herself to be a cosplay feminist. Oh she believes in #metoo (obviously only when Joe tells he it is okay).  But she agreed completely with her lover.  Dr. Ford is afraid. She must speak on Monday or not at all. And then, get this, she said all the lawyers said an FBI investigation would do no good.  And which lawyer did she refer to — why Joe Scarborough of course, that Lincoln like country lawyer.  It would be funny if it wasn’t so incredibly sad.

(85515)
$0.00 (as of May 16, 2022 03:41 GMT -04:00 - More infoProduct prices and availability are accurate as of the date/time indicated and are subject to change. Any price and availability information displayed on [relevant Amazon Site(s), as applicable] at the time of purchase will apply to the purchase of this product.)