Is this real? Or not?

The actual quote relates to loss of life among civilians during the Gaza battles last year. The statement translated from the original Farsi says something quite different:

“Israel is a beast carrying out a genocide. She is a greedy wolf attacking innocent people. Humanity must respond to this crime and genocide being implemented in Gaza.”

Nothing was said about individual Israelis. Many in Israel also opposed what appeared to be carelessness with Palestinian lives.

The speech was highlighted in Iranian media. A typical heading stated that “Supreme Leader of the Islamic Revolution Ayatollah Seyed Ali Khamenei led Eid al-Fitr prayers at Tehran's Mosalla prayers ground” (July 29, 2014.) That's what was happening when the picture above was taken.

Photos of the civilian victims in that war had flooded the internet. Television news in Iran featured this material. It's nasty stuff.

Meanwhile, HAMAS is Sunni. 100%. Very few of the Muslims in Gaza are Shi'ia. It's not his fight. Events at Gaza had nothing to do with Iran directly.

Persians aren't Arabs. None of the Gaza victims were Persians.

But still, calling what happened there a “genocide” takes his complaint to a level that gets to the core of Israeli morality. No question, Israelis understand “genocide.”

In its own way this is similar to situations involving Bob Simon. He and his crew got footage that showed Israeli soldiers beating Palestinian boys during the Intifada. Putting that on air brought severe threats. He had to hire a professional security team for his house.

Or there was that interview where Simon asked the Israeli general “Why do your soldiers kill so many kids?”

This assertion of anti-semitism looks like Party Line. The Iranians have taken to making statements that assert brotherhood with their Jewish community. That is something of a change. going back to the Shah of Iran, governments there had not been so accepting of minorities.

We also have claims coming out that the anti-Islamist forces fighting tooth-and-nail in southwest Syria are really there to invade Israel. ISYN:

Senior Iranian and Hezbollah figures killed in an airstrike in Syria this weekend were likely planning an 'imminent' attack on Israel, security sources have claimed.

Six Iranian army chiefs died alongside five Hezbollah militants after an Israeli helicopter fired rockets at a convoy in the Golan Heights region on Sunday.

Among those killed was Iranian General Mohammed Allahdadi, as well as commander Abu Ali Tabatabai, who is known to have worked with both Hezbollah and Iran.

— That is what appeared in The Daily Mail on January 20.

The story line came out of Israel. The vehicles they targeted were driving over to a refugee camp in Lebanon, recruiting officers and men from the Syrian Army to reform as Ba'athist units for the fight with ISIS/al-Nusrah/Muslim Brotherhood Islamists. A standard process that goes back several years.
– – – – – – – – –

Don't worry yourself about these two lies. They're not Big Lies.

Some point I'll try to get around to a piece on the Big Lies.

Morrell also asserted that U.S. air strikes are “leading the fight” against ISIS in Iraq. Facts indicate that for the last couple months there have been relatively few ISIS targets worth going after with our F-18s. ISIS dispersed. The chops have had work now and then. One barrel bomb attack helped out, taking out an ISIS armory just prior to the assault at Sinjar.

Ground forces are what matter. That's AAH at the lead with Quds Force artillerymen for the major conflicts. Iraqi Security Force units are busy securing the al-Qa'im-Ramadi corridor and Baghdad. They also have artillery working out of Tikrit and chop gunships to respond when the drones pick up ISIS Attack Group activity. The Kurds were promised American help with MRAPs and artillery. The Americans lied. Less than 10% of what was promised last summer has arrived. 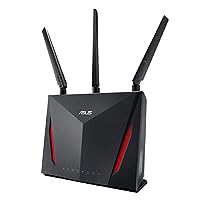