For years, we’ve looked to our leaders in Washington to protect our communities — asking them to have the courage to act not only in times of tragedy but in times of peace.

And yet, we’ve seen years of pushback. Mitch McConnell and his Republican-held Senate have ignored our demands for change, offering thoughts and prayers without action. Worse yet, he has actively blocked commonsense gun safety legislation at every turn.

We owe it to each other to elect leaders with real courage to the Senate, leaders who can’t be scared off from the mission to make our families safer. And it starts with Gary Peters, which is why Giffords PAC is proud to endorse him for Senate.

I'm asking you for your help. We can’t elect a gun safety majority to the Senate without re-electing my friend and one of the Senate’s most effective leaders, Gary Peters. Can you chip in $3 to help keep Michigan blue?

For several years, I had the privilege of working alongside Gary when we both served in the House of Representatives. He has always worked incredibly hard, winning tough races and doing what’s right for Michiganders. But even a leader like Gary can’t weather this election without support.

Donald Trump and his allies have been funneling millions into Michigan in an attempt to prop up Gary's extreme right-wing opponent — who sides with the NRA over Michiganders — buy this election and tighten Mitch McConnell's grip on the Senate. They’re the reason Gary’s opponent has outraised him three straight quarters in a row.

Winning against powerful outside forces is never easy — but one of the most enduring lessons I’ve learned in life is that we overcome our most difficult challenges with the support of others. If we’re going to keep Michigan blue, flip the Senate and finally see real leadership to end our nation’s gun violence crisis, we need to stand together.

So before I go, I want to ask you one last time to join me and the amazing grassroots donors across the country who are stepping up to support Gary Peters today. Are you in?

Winning this battleground state won’t be easy — but we can do it together. It’s such an honor to be in this fight with you! 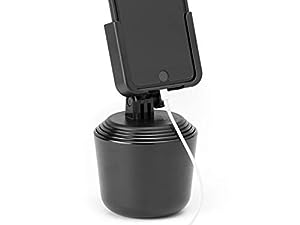