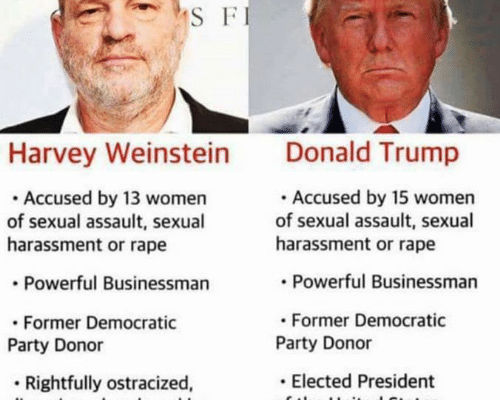 Weinstein was remanded into custody. He also will have to be transported to stand trial in Los Angeles.

Harvey Weinstein was convicted of rape and a criminal sexual act in New York, more than two years after allegations against the Hollywood power broker sparked the #MeToo movement.

Weinstein, 67, could spend years in prison, a remarkable fall for a man once celebrated and feared in the film industry. The former movie mogul was acquitted of the most serious charge, predatory sexual assault, and a count of rape in the first degree.
The trial marked an extraordinary moment in a national reckoning over the abuse and assault of women in the workplace. Much has changed since the New York Times and the New Yorker reported in late 2017 that dozens of women had accused Weinstein of preying on them, unleashing similar claims against other powerful men. The crisis consultancy Temin & Co. puts the current number of Weinstein accusers at 111.
www.bloomberg.com/…

Sexual assault cases can be difficult to prove in the face of an aggressive defense case, but this result makes Harvey Weinstein a convicted felon and vindicates the brave victims who came forward and testified against him. https://t.co/pc6TLRG3YM

Throwback to that time MSNBC had Harvey Weinstein on to call Bernie a sexist. pic.twitter.com/qq18gO3qR8

(43236)
$0.00 (as of May 21, 2022 07:55 GMT -04:00 - More infoProduct prices and availability are accurate as of the date/time indicated and are subject to change. Any price and availability information displayed on [relevant Amazon Site(s), as applicable] at the time of purchase will apply to the purchase of this product.)