Kudos to Tommy Christopher at Mediaite for highlighting this:

President Donald Trump has taken to attacking Joe Biden and the World Health Organization over the coronavirus and China, but a thorough review of Trump’s very recent record of public comments is very damning for him — especially when compared with Biden’s.

In the space of a week, Trump has attacked Biden and WHO over China and the coronavirus, accusing Biden of “protecting China’s feelings” and falsely claiming he opposed Trump’s travel ban, and accusing WHO of believing China’s information on the outbreak.

The Washington Post‘s Greg Sargent has done two excellent pieces demonstrating just how monumental a projection these attacks are, but seeing all of it together in one place is stunning. Not only was Trump a consistent and credulous dupe for China’s coronavirus spin, but it was Biden who warned not to trust the information coming from their government.

Christopher provides video juxtaposing videos of interviews with Trump and Biden regarding China, the coronavirus and the World Health Organization that are worth watching.

Attacking Biden on China has been Trump and the GOP’s biggest line of attack:

Driving the news: Beginning Friday, America First Action will spend $10 million in Michigan, Wisconsin and Pennsylvania — which yielded pivotal but bare victories for Trump in 2016 — to brand the presumptive Democratic nominee as “Beijing Biden” and see what sticks.

Why it matters: The ads come as Trump campaign officials lay plans to try to make the general election campaign more about the former vice president's past approaches to China than Trump's response to the coronavirus, or Trump's own approaches to China.

Details: The ads, previewed by Axios, are slightly different for each state, to target different audiences. They attack Biden for “his weakness” on China and globalist ideals, which the group charges led to “hundreds of thousands of jobs” being sent overseas.

But the New York Times points out thatTrump’s been screwing up their message:

But there is a potential impediment to the G.O.P. plan — the leader of the party himself.

Eager to continue trade talks, uneasy about further rattling the markets and hungry to protect his relationship with President Xi Jinping at a moment when the United States is relying on China’s manufacturers for lifesaving medical supplies, Mr. Trump has repeatedly muddied Republican efforts to fault China.

Even as the president tries to rebut criticism of his slow response to the outbreak by highlighting his January travel restrictions on China, he has repeatedly called Mr. Xi a friend and said “we are dealing in good faith” with the repressive government. He also dropped his periodic references to the disease as “the China virus” after a telephone call with Mr. Xi.

Yet in private, he has vented about the country. Senator Kevin Cramer of North Dakota said he informed Mr. Trump in a Thursday telephone conversation that the meat processing plant in South Dakota suffering a virus outbreak is owned by a Chinese conglomerate. The president responded, “I’m getting tired of China,” according to Mr. Cramer.

It remains to be seen whether Mr. Trump’s conflicted messaging on China will hurt him with voters, who have repeatedly seen the president argue both sides of issues without suffering the harm that another politician would. And while Mr. Trump’s team knows that his own words will be used against him, they believe they can contrast his history favorably with that of Mr. Biden.

And Biden’s campaign is hitting back hard:

The ad is part of a coordinated response on behalf of the Biden campaign aiming to highlight Trump’s slow response to the coronavirus pandemic, which has cost over 35,000 lives in the U.S. and ground the economy to a standstill.
Trump in recent days has sought to pin the blame for the spread of the disease on China and the World Health Organization, even though he praised both in the early stages of the outbreak, which began in the Chinese city of Wuhan.
“When Trump rolled over for the Chinese, he took their word for it. Trump praised the Chinese 15 times in January and February as the coronavirus spread across the world,” the narrator in the Biden ad says, as images of various Trump tweets flash on the screen.
Biden’s campaign said the ad will run online in the key battleground states of Michigan, Pennsylvania, Wisconsin, Arizona, North Carolina and Florida.

David Corn at Mother Jones explains how the coronavirus has drastically changed Biden’s narrative in hie campaign to unseat Trump:

Biden’s “soul of the nation” mantra was an overarching theme that could cover various critiques of Donald Trump: his crude and mean-spirited personal behavior, his policies that benefitted the wealthy and screwed middle- and low-income Americans, his brazen trampling of democratic and good-government norms, his demagogic and divisive actions, his embrace of murderous autocrats. Anything a voter might not like about Trump could be placed in the “soul” bucket. This notion also seemed designed to place Biden in a lofty position and to be an appeal to the better nature ofAmerican voters. Sure, Biden has policy positions he would seek to implement should he be elected president—ideas that his foes and critics could pick at—but the former veep was trying to signal he was pursuing something grander than all that. He was contending that the greatest threat of Trumpism was its corrupting influence on the values of the nation—and that he could cleanse the country.

It’s unclear how such a high-falutin’ but amorphous argument would fare against a man who delights in throwing shitballs at opponents and in the no-rules exercising of gutter politics. And would voters struggling with the front-line issues of income, health insurance, education, and social justice be turned on by talk of the inner being of America? Would those voters who craved a red-meat challenge to Trump or a stronger critique of the status quo be motivated by a call to win this high-minded battle? Biden’s vow to make America soulful again did work well enough to vanquish Sanders and his other opponents in the Democratic primary. But eight more months of this—coming while Biden’s was being attacked relentlessly by the massively financed Trump campaign Death Star? Well, who knows how that would have played out?

The coronavirus crisis quickly eclipsed Biden’s concern about the country’s intangible quintessence. Thousands of Americans dying each day, health care workers facing war-like conditions, the economy in a free-fall, with millions losing their jobs, schools closed, much of the population shut in—what matters most now for the 2020 campaign is how Trump, as president, defended the nation from the invasion of a submicroscopic infectious agent. An election involving any first-term president is usually a referendum on the commander in chief. But this time, it has become a referendum on a well-defined aspect of Trump’s chaotic and abnormal presidency: how he has performed during a historic crisis. “People are clearly seeing the contrast between President Donald Trump and Vice President Joe Biden,” says a senior Biden adviser, “and we obviously had nothing to do in setting that up.”

It just might be the winning message we need to get rid of Trump. We need to keep up the momentum and win the White House in November. Click here to donate and get involved with Biden’s campaign. 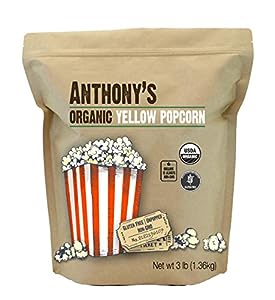