This diary will not be long.   Half of America has not just turned into a Banana Republic but a Guyana cult.  When this country has become so dumbed down that Lysol has to run ads to prevent human poisioning, we have hit a bar lower than  a fruit fly flea’s behind.

Jim Jones was nuts and thought he was God.   There was one redeeming factor Jones had over Trump.  He was not president of any country.  People should have had a clue when children were caged and separated from parents.  People should have had a clue when even before becoming dictator, that he could shoot people on 5th avenue.  The republican party for the most part are enablers and have as much blood on their hands as the Orange man.

The entire world is either laughing at us or pitying us.  Something has to be done.  The media needs to put up Safety Warnings before he speaks or just cut him off period.   Someone please tell me what is the meaning of danger to National Security if he has not been the example of this every single day of the presidency?   Shut Fox down or people need to start suing.

Imagine some 12 year old drinking that stuff he suggested as a cure?  Imagine a person with a menal condition trusting a madman and injecting it in food or other sources.  Who is going to protect us?  If you think it was paranoia before, it just got worse.  Get him off the air and off the twitter.  He is a danger to himself and other and the last time I read up on that subject, they lock you away in a padded cell or Gitmo for such  being a danger.

We already have enough dead bodies, we don’t need poisioned ones lying in make shift morgues.

I blame that doctor for sitting there in that pile of insanity without taking the mic.   She IMO no matter how shocked she looked needs to just step away.  Silence in this case is not golden.  it is blood red. 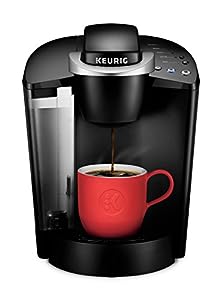