The New Republic has a new piece out about how the media is responsible for creating the myth that U.S. Senator Susan Collins (R. ME) is a “moderate”:

To portray politics as “political theater,” reporters need players. And for more than a decade, Collins has been cast as a dutiful moderate, not because she is one, or because her constituents demanded that she vote like one (she hails from a state that twice elected Paul LePage—once dubbed “America’s craziest governor” by Politico for comparing the IRS to the Gestapo and sabotaging state government), but because journalists needed to frame Collins as a “leading” or “pivotal” moderate to create tension in their stories and to avoid facing the reality that the Washington they once knew—a Washington defined by a pragmatic centrism—had completely disintegrated, if it ever existed at all.

Collins became a central character in the story of the Senate almost as soon as she arrived in Washington. Her fellow Maine senator was Olympia Snowe, a Republican who had, by 1997, already defined herself as a true moderate. For the next 15 years, journalists flattened them into one person. As The Washington Post wrote in 2011, “Publicly, the duo is known for voting together. Lockstep. Straight down the middle. In the past 15 years, they have voted in unison on war, taxes, gays, guns, health care and the stimulus package.”

Then, in 2012, Snowe announced that she would retire. In some ways, this liberated Collins to be her own woman, but it never changed how the media perceived and wrote about her. Reporters continued to frame her as a moderate even as she tried to buddy up to Senators John McCain of Arizona and Lindsey Graham of South Carolina with hawkish stances on such national security issues as droning and NSA surveillance.

In the Trump era, there has been breathless coverage of Collins around every significant vote, from the Supreme Court confirmations of Brett Kavanaugh and Neil Gorsuch to a massive Republican tax cut for the wealthy to impeachment. Collins has broken with the president on such issues as Betsy DeVos’s confirmation as education secretary. But reporters took those rare rebellious moments and clung to them, trying to create a sense of drama around bigger votes in which she invariably stuck to the party line, even if she playacted a sense of disappointment in the process.

It’s time to get rid of this fake “moderate” and replace her with a real Democrat with integrity. Her top opponent, Maine House Speaker Sara Gideon (D. ME), is that candidate. She’s also been hitting Collins’ boss for not doing anything about the Coronavirus:

We're working quickly to respond to this outbreak here in Maine.

Instead of staying in Washington to pass the critical COVID-19 aid package the House passed, McConnell and the Senate took a long weekend off.

Let’s take back the U.S. Senate. Click here to donate and get involved with Gideon’s campaign. 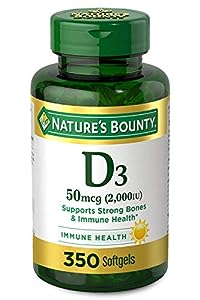