Well isn’t that special and kudos to Lauren McCauley at the Maine Beacon for capturing this:

Stephen Schwarzman, the CEO of private equity firm The Blackstone Group and likely the largest single financial supporter of Sen. Susan Collins’ re-election, has been advising President Donald Trump throughout the COVID19 pandemic and is poised to benefit from the federal government’s response to the crisis.

According to national reporting, as COVID-19 was just being detected in the U.S. and Trump was being advised by public health and security officials to take a more proactive approach to containing the virus, the president reached out to Schwarzman for advice on how such a response would impact Wall Street.

The New York Times reported on April 11 that in early March “the debate over whether to shut down much of the country to slow the spread was especially fierce. Always attuned to anything that could trigger a stock market decline or an economic slowdown that could hamper his re-election effort, Mr. Trump also reached out to prominent investors like Stephen A. Schwarzman, the chief executive of Blackstone Group, a private equity firm.”

Schwarzman is one of the primary funders of the 1820 PAC, a conservative political action committee that has launched a massive TV advertising campaign backing Collins’ re-election. Named after the year Maine became the 23rd state, the PAC’s website lauds Collins for “bipartisanship” and “independence,” however those funding the group are among Trump and the GOP’s biggest donors.

Luckily, momentum has been on our side to oust Collins:

Democratic U.S. Senate candidate Sara Gideon raised $7.1 million during the first quarter of 2020, surpassing Republican Sen. Susan Collins after the incumbent had already set a record for the most fundraising during a Maine campaign.

Gideon’s fundraising during that period — which nearly equaled what she had raised during the entirety of 2019 — brought her to about $14.8 million raised so far this cycle, according to filings that were due to the Federal Election Commission on Wednesday.

Collins raised $2.4 million during the first three months of the year, bringing her total fundraising for the cycle to $13.2 million. She still had the edge in cash on hand over Gideon with $5.6 million compared to the Democrat’s $4.6 million as of March 31.

Polls for a general election have shown Collins and Gideon virtually neck and neck in a race that has become a top target for national Democrats looking to flip the U.S. Senate. The campaign has seen millions of dollars in outside spending from groups on both sides, including super PACs like the conservative 1820 PAC and liberal Senate Majority PAC, as well as so-called “dark money” groups including Maine Momentum and One Nation.

Let’s keep up the momentum and win this race. Click here to donate and get involved with Gideon’s campaign. 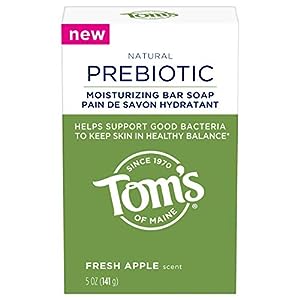