Though Sen. Susan Collins (R-Maine) has lost several key endorsements to Democratic challenger Sara Gideon this election cycle, she received the full support last week of at least one group in her state: the anti-LGBTQ, anti-abortion Christian Civic League of Maine.
During an Oct. 13 interview with CCL of Maine executive director Carroll Conley, Collins ― who has positioned herself as supporter of LGBTQ issues and reproductive rights ― said she was “truly grateful” for the group’s endorsement.
“Let me thank you so much for the endorsement and tell you how truly grateful I am for your support, for the League’s support,” Collins told Conley, as first reported Wednesday by The Maine Beacon.

The CCLM, which is anti-abortion and says its mission is “dedicated to preserving Christian and traditional family values”, has also endorsed Donald Trump for president.

In a video released by the group on October 13, Collins is seen on Zoom with CCLM executive director Carroll Conley, who says that “it’s not a casual endorsement” for Collins from the CCLM.

Later in the video, Collins says: “Let me thank you so much for the endorsement and tell you how truly grateful I am for your support, for the league’s support.”

The League has a long history of anti-LGBTQ activism. In addition to running anti-same-sex marriage referendum campaigns in 2009 and 2013, the group successfully worked to pass referendums in 1998 and 2000 denying basic anti-discrimination protections to gay and lesbian Mainers. It lost a referendum campaign on the same issue in 2005.

In 2004, the League sought “tips, rumors, speculation and facts” about the sexual orientation of Maine legislators, hoping to out gay political figures.

More recently, the League has targeted transgender children, launching online campaigns against school districts who put in place protections against discrimination in line with a 2014 court ruling protecting the rights of transgender Mainers.

Last year, the League launched unsuccessful campaigns to gather signatures to force referendums against a death with dignity policy passed by the Maine legislature and a law guaranteeing insurance coverage for abortion. The group also supported a campaign by an allied organization to repeal a law that barred philosophical and religious exemptions for mandatory childhood vaccines. Mainers voted to uphold that law during the March primary.

The New Republic has a good piece out about Collins faux moderate image:

Since Trump assumed office, Collins has received an outsize share of coverage for her theatric deliberations, based on a decades-long mainstream media fixation on “civil” Washington. This tendency both helped create her reputation as a moderate and perpetuated the fallacy of a predominant political middle. For years, Collins benefited from this particular spotlight. But in 2020, in the midst of a global pandemic, record unemployment, and racial unrest—and now a confirmation battle to replace the late Justice Ruth Bader Ginsburg that could consolidate Republican control over the Supreme Court for a generation or more—the spotlight is starting to burn.

The fallacy of the Senate moderate began to fall apart during the Obama administration, when politicians like Collins hemmed and hawed over what was once ideologically moderate legislation like the Affordable Care Act (modeled on the ur-moderate Mitt Romney’s universal coverage plan in Massachusetts), before invariably voting against it along with the rest of the GOP conference. The fallacy now lies in tatters, as Collins’s empty words in response to Trump’s various offenses—from separating children from their families at the border to promoting fake science and conspiracy theories in the face of a virus that has claimed hundreds of thousands of American lives—are only matched in their cowardice by her critical votes in support of his agenda.

Collins most notably supported the controversial confirmation of Supreme Court Justice Brett Kavanaugh, despite her long-standing claims of supporting the right to an abortion. Her decision to side with Republican leaders in this crucial test of her independence continues to haunt her in Maine. This might explain why she has indicated that she opposes the preelection timing of a Senate vote on Trump’s nominee to replace Ginsburg, Amy Coney Barrett, who could very well help to overturn Roe v. Wade. In typical Janus-faced fashion, Collins has made a process argument about a Supreme Court confirmation fight before the election, while affirming Trump’s right to nominate Ginsburg’s successor—a position that likely has no true constituency and leaves open the possibility for her to join Republicans to fill the seat after the election, if necessary.

Meanwhile, Gideon is storming ahead to take down Collins:

The last time Democrat Sara Gideon ran for office, she trounced her Republican challenger and spent a measly $4,299.99 doing it.

Two years later, the Maine House speaker has hauled in $63.6 million, a mountain of money that’s poured in from Democrats across the country for one clear purpose: Defeating Sen. Susan Collins.

It’s a mission that has been enthusiastically embraced by Gideon, an up-and-coming Democrat who has ably tapped into frustrations in Maine and beyond with Collins’ ties to President Donald Trump. The 48-year-old is now giving Collins the fight of her political life in a race that is testing voters’ willingness to punish all Republicans for Trump’s combative and disruptive leadership — even those, like Collins, who’ve tried to keep a distance.

In stop after stop on the campaign trail, Gideon is unrelenting in her answer: “You have to stand up to people when they are wrong, and you have to call them out. You have to say who we are and what matters. That’s what we’ve lost during the course of this presidency,” Gideon said recently at a town hall-style meeting under a tent in Camden. 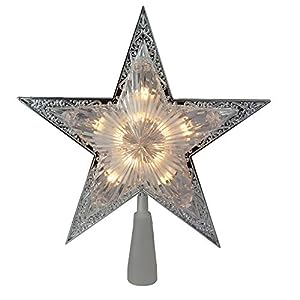