A former member of U.S. Senator Susan Collins’ (R. ME) staff released a very compelling op-ed piece in the Press Herald where she talks about how she was date raped by her boyfriend and another man. She explains how getting her job working Collins helped her cope and move on in her life and how Collins was someone she really trusted and admired. Until this:

Christine Blasey Ford’s allegations against Judge Brett Kavanaugh triggered old ghosts. It took more than 25 years for me to acknowledge I was raped, and in her testimony, I recognized my own repressed experience. The lack of details, because we strive to forget them. The shaking. The terror. The emotion. All too familiar. Also familiar, that in the he said-she said universe, he always wins.

I couldn’t let him win. But I didn’t know what to do. So I decided to write to Sen. Collins and share my story. I don’t know why I expected to move her; looking back, I don’t think she was at all conflicted over how to vote. “I believe that (Ford) is a survivor of a sexual assault and that this trauma has upended her life,” Collins said in her floor statement before casting a yea vote for Kavanaugh. In other words. Ford was to be believed, but only partway. Yes, she was traumatized. But no, it couldn’t have possibly have been by the man whose judicial record Collins exalted. The message to women: If your attacker has an impressive resume, don’t bother reporting the crime.

On that day, I swore that even though I recognize the need for political moderates in today’s partisan politics, I would oppose Collins’ re-election. The U.S. Senate needs women serving in it who aren’t trapped by their own misogyny, women who will stand up for other women.

It doesn’t matter that Collins voted against Amy Coney Barrett. She still voted for Kavanaugh and that vote alone has been hurting her re-election chances. She’s sided too much with Trump and Moscow Mitch and that’s hurt her “moderate Independent” label. Another example, Politico has a really good piece about how private equity firms  gave her a lot of money to support Trump’s tax plan:

The day before the vote, she offered an amendment to make the legislation, which lavished tax cuts on corporations and the wealthy, more equitable. It expanded a tax credit to make child care more affordable. To pay for it, she took aim at a tax break cherished by the private equity industry
Then Collins backed down. The day after she introduced it, as the Senate voted on the bill, a Republican Senate aide told a Treasury Department official that Collins was “no longer offering her amendment,” according to emails obtained by ProPublica through a Freedom of Information Act lawsuit. Her retreat was a significant victory for Senate Majority Leader Mitch McConnell. Collins put aside her opposition and voted for the bill, which passed 51-49.
Her turnabout has been one of the mysteries surrounding the $1.5 trillion tax bill, which slashed the corporate rate. The new emails and interviews shed light on how quickly Collins climbed down from her amendment proposal and how the industry maneuvered to preserve the break in the new law, which remains President Donald Trump’s most important legislative achievement.

Nearly three years later, Collins is facing a tough reelection battle and the private equity industry has become her most reliable source of donations. She has gotten more than half a million dollars in campaign contributions from the private equity industry this cycle, more than any other senator, according to the Center for Responsive Politics, which tracks political donations.

What’s more, Steve Schwarzman, the billionaire chairman and chief executive of the private equity giant Blackstone, has given $2 million to a super PAC backing her. (Schwarzman, a major Republican donor, has also given $20 million to a super PAC supporting Collins and other Republican Senate candidates.) The failure of Collins’ amendment likely saved Schwarzman alone tens of millions of dollars in taxes, according to tax experts.

Changing topics, there’s only one way to describe this; Tone Deaf:

Sen. Susan Collins (R-Maine) said Wednesday night that she does not think systemic racism is an issue in her state.

During the final debate between Collins and her Democratic challenger Sara Gideon, the moderator asked if the candidates thought there was a systemic racism problem in Maine.

“Is the phrase 'Black lives matter' controversial and is there a systemic racism problem here in Maine?” asked debate moderator Steve Bottari.

Bottari also noted that close to 95 percent of Mainers identify as white.

“I do not believe systemic racism is a problem in the state of Maine,” the Republican incumbent responded.

She added: “I don't think the phrase Black Lives Matter should be controversial.”

Sara Gideon (D. ME) had the perfect response:

Gideon, the Democratic challenger, responded to the same question by saying, “Black lives do matter and the reason we have to say it is because there is a legacy of bigotry in this country that results in systemic racism,” and noting the existence of racial disparities in Maine.
“It doesn't matter how white our state is — it still exists. When we look at the incidences, for example, of the number of people of color who here in the state of Maine had a positive Covid infection rate and how outsized that was compared to the rest of the population. We see it in terms of access to education for people of color, access to health care, rates of poverty, rates of incarceration, and we do have to do something about it,” Gideon said.
The Maine Senate race is one of the most closely-watched and competitive of 2020 with just days until Election Day where the control of Congress and the White House are on the line.
Senate Democrats have made Maine one of their top targets where Collins, a long-time GOP incumbent, is facing a tough reelection fight in a state that Hillary Clinton won in the 2016 presidential election.

By the way, here’s another thing that’s been good about Democrats spending big to unseat Collins:

The massive fundraising has resulted in massive spending, with ads from both candidates — and outside groups supporting them — inundating the airwaves in Maine. And that spending has had a somewhat unexpected benefit, too: It’s helping support local news.

Laurie Lozier, the director of Pulse Marketing Agency — which is owned by the Bangor Publishing Company, which also owns the Bangor Daily News — said the paper has seen a 3,000% increase in political ad spending this cycle when compared to 2014, the last time Collins ran for reelection.

“I had to do the math a few times, because I couldn't believe it,” Lozier said. “The increase in election spending has helped offset some of the decline in ad revenue we have experienced since the onset of the pandemic. So that is a positive for local newspapers.”

Federal campaign spending in the state has exceeded more than $100 million, the Bangor Daily News reported, a record for the state that’s largely been driven by Collins’ close reelection race. Gideon currently leads in the polls by a small margin against Collins.

I know some of you have expressed concern about the race between Gideon and Collins still being tight. James Pindell  at The Boston Globe touches upon why:

So why hasn’t Gideon been able to break away while other Democrats have opened wider leads in more Democratic areas? It may come down to two reasons. First, this race is all about Collins, and public opinion on her is baked in at this point.

Trying to rebrand Collins is proving just as hard as Trump’s attempts to tear down Biden in the presidential race. Both Collins and Biden have been in politics for a long time and are known brands. Collins may have found her polling floor years ago during Trump’s tenure and it is not changing now. Conversely, there is little reason to believe that Collins helped herself by being the only Republican to vote against the nomination of Amy Coney Barrett to the US Supreme Court.

It turned out her vote for Brett Kavanaugh was all that mattered.

Second, Gideon may have hit her polling ceiling because of ranked-choice voting. Without it, supporters of Savage might have been encouraged to lift up Gideon outside of the margin of error. But with it, many on the left get to voice their displeasure with Gideon, who doesn’t support proposals like Medicare for All and the Green New Deal, while not harming their desire to kick out Collins.

In the end, 48-year-old Gideon may well win and may well hold the Senate seat for decades. But this win could not be as easy as some Democrats think it should have been in a season when a Democrat is tied with Lindsey Graham in deeply Republican South Carolina.

And  there’s some very good evidence that ranked voting is going to help Gideon win:

Progressive independent Lisa Savage would be an obvious spoiler for a Democratic candidate in most races. But she vows her presence in Maine’s wild Senate contest won’t hurt Democrat Sara Gideon, and may even help.

Maine is crucial to Senate Republicans’ path to keeping their majority. And the race between GOP Sen. Susan Collins and Gideon, the Democratic state house speaker, could come down to the state’s unique voting system for federal races, which allows voters to select multiple candidates and rank them in order of their preference. If no candidate clears a 50 percent threshold, then the race immediately tabulates voters’ second choices.

While Savage is unabashedly to the left of Gideon and supports big ideas like Medicare for All and a Green New Deal, she says the state’s ranked choice voting rules won’t undermine Gideon — even if she takes a significant chunk of the vote. Savage even claims to have tried to establish a pact with Democrats to ensure that Collins is gone on Nov. 3.
Savage, in an interview, said she approached the Gideon campaign with a proposal: both candidates would encourage their supporters, using the state’s atypical voting system, to rank the other as their second choice. She says the Gideon campaign declined to participate. And Savage is telling her supporters to rank Gideon second anyway, trying to block out the Republican senator.

“We really want to send the signal that we’re on the ‘get rid of Susan Collins team.’ We have no intention of being a spoiler for Sara Gideon’s bid,” Savage said. “Even though the Democrats don’t want to swap with us, we will go ahead and tell our followers: ‘if you want to, we’re going to suggest that you consider to vote blue number two.’” 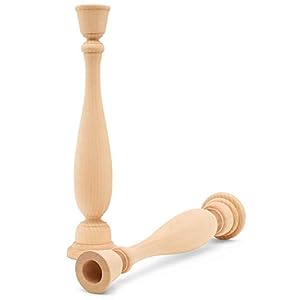