Sen. Susan Collins of Maine, a Republican facing a tough re-election battle this fall, revealed in financial disclosure forms that her husband invested in pharmaceutical companies that courts have held legally responsible for contributing to the opioid crisis.

Collins' husband, Thomas Daffron, appears to own up to $50,000 worth of shares in Johnson & Johnson, which he has held since at least 2012, the year they were married, according to her 2018 financial disclosure forms, which shared with Salon by American Bridge, a political action committee that lobbies for Democratic candidates.

The senator's financial disclosure records also show that Daffron had owned up to $30,000 in AmerisourceBergen, which he sold in 2013 at a profit.

It is not clear whether Daffron still owns the Johnson & Johnson stock. The most recent information is from the senator's 2018 disclosure, and Collins has not yet filed her 2019 forms.

Collins, who currently trails Democratic challenger Sara Gideon by 2.5 points in a RealClearPolitics average of polls, was required to file that 2019 disclosure by May 15 this year, but asked for and received a 90-day extension. It was the first time the senator had sought an extension on the annual filing since 2014, when she was last up for re-election.

Give the full article a read. It explains how Johnson & Johnson were sued for their big role in the pandemic which has cost the state of Maine alone 1,799 deaths and overdoses. By the way, The Economist has a good piece out analyzing the upcoming race between Collins and Maine House Speaker Sara Gideon (D. ME):

First, reasons for Democratic optimism. Ms Gideon is telegenic and a prodigious fundraiser, raking in more this cycle than Ms Collins. Politicos praise her for the same set of qualities Ms Collins possesses: toughness, preparation and work ethic. ActBlue, a liberal fundraising platform, amassed a $4m war chest for Ms Gideon, much of it before she declared herself a candidate, from donors angry at Ms Collins’s support for Brett Kavanaugh’s nomination to the Supreme Court. Although Ms Gideon has yet to clinch the nomination officially, the Democrats’ Senate campaign arm has endorsed her (her progressive opponent, Betsy Sweet, calls herself an “intuitive healer”, and has worked as a medium, connecting the living to the dead).

At the same time, Ms Collins’s independent reputation has been dented. “She speaks earnestly and slowly, and makes you feel like she’s weighing both sides,” says Carolyn May, a longtime resident of Waldo County who has previously voted for Ms Collins. “But if you watch her votes, it’s been more and more following the party line…she’s not the person that Maine needs.” Indeed, her voting record aligns more closely with Donald Trump’s preferences than with those of any other president during her time in office. That has not helped her approval ratings.

Democrats feel they have the wind at their backs. Mr Trump trails Joe Biden in state polls, and in 2018 Democrats flipped both the swing second congressional district, with Jared Golden, and the governor’s mansion, with Janet Mills. Ms Mills did well with the same sort of “long-driveway Democrats” that Ms Gideon will need to win—meaning often independent-minded, well-off voters in the wealthy southern coastal towns near Portland, Maine’s biggest city. Ms Mills ran up sizeable margins in the state’s populous southern counties, while performing respectably in the more conservative north. 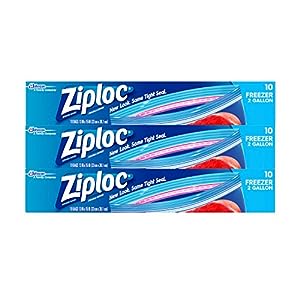