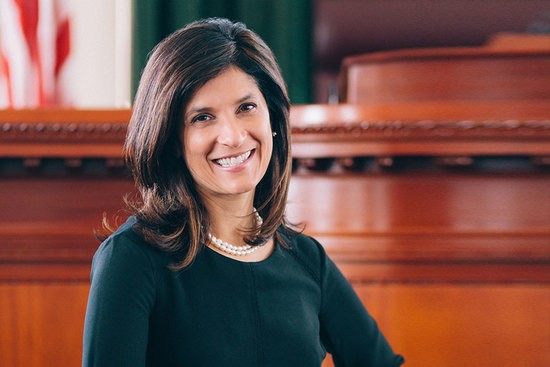 Democrats need to net just four Senate seats in 2020 to take back the majority.

So today, I’m going to tell you about four amazing women (and fellow moms!) running for Senate who will get it done: Sara Gideon (Maine), Theresa Greenfield (Iowa), MJ Hegar (Texas), and Amy McGrath (KY).

I’m also going to ask you to support their campaigns: If you’re ready to put a stop to Mitch McConnell’s stranglehold on Washington, please split a contribution between Sara, Theresa, MJ, and Amy today.

I’ve spent time with each of these women, and I can tell you: They’re the real deal.

We can take back the Senate majority this November—and with it, we can build a powerful firewall of women standing up to the GOP’s reckless agenda.

But in order for them to win their tight races against well-funded Republican opponents, they'll need support from each and every one of us.

Please, split a contribution between Sara, Theresa, MJ, and Amy’s campaigns today. Join me in investing early in women’s leadership.