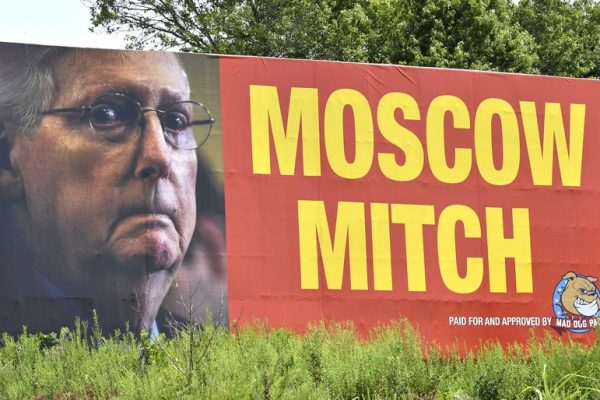 A disingenuous Mitch McConnell apparently agreed with the sentiment “Hang Mike Pence” and gave cover to the turtle logic of the Big Lie, while trying to keep GOP donors. Trump “got let off on a technicality”. Trump remains guilty of inciting an insurrection.

Speaker Pelosi calls out McConnell for delaying the trial so that he could have an out to acquit Trump: "It was the excuse that he used."

5 years ago—Republican Senators warned what would become of their party if Trump became their nominee.

5 years later—Trump tried to overturn the results of an election and provoked an assault on our government.

And well over half of Senate Republicans decided to condone it.

Statement from @SpeakerPelosi: “It is so pathetic that Senator McConnell kept the Senate shut down so that the Senate could not receive the Article of Impeachment and has used that as his excuse for not voting to convict Donald Trump.”

now that it’s all over, Senate Republican leader McConnell acknowledges everything Trump said after the election was a lie and everything the Democratic House managers said in their impeachment case was true

Translation- a possible victory tour, announcements of candidates to challenge people on his hit list, among other items. https://t.co/CGzBTccfTj