The Malignant Mangoturd is trying to upstage President-elect Joe Biden one last time before he becomes President Biden (yea!) by staging a big farewell at Andrews Air Force base. There were already signs that wasn’t going to go well:

While he's eagerly anticipating his military-style send-off from Joint Base Andrews on Inauguration morning — one of the few items that have cheered him up recently — there were already signs the crowd may be smaller than he'd hoped. And a slate of actual celebrities lined up for Biden's inauguration has disappointed a president who tried and often failed to secure A-list support for his own presidency. www.cnn.com/…

Now, in what amounts to the political equivalent of the nuclear football stepping from the former president to the new one, GOP Congressional leaders have also signaled they acknowledge the transfer of power:

And just to add insult to injury, McConnell had this to say about Trump:

MCCONNELL on the Senate floor just now: “The mob was fed lies. They were provoked by the President and other powerful people, and they tried to use fear and violence to stop a specific proceeding of the first branch of the federal government which they did not like.”— Katy Tur (@KatyTurNBC) January 19, 2021

Senate Majority Leader Mitch McConnell (R-Ky.) on Tuesday pointedly blamed Trump for having “provoked” the violent mob that stormed the U.S. Capitol on Jan. 6.
Speaking on the Senate floor, McConnell noted that the Senate was meeting for the first time since that day, when Congress ultimately finished counting the electoral votes that cemented Biden’s victory.

Now, much of this is political opportunism; Moscow Mitch never does anything without calculating how it will help him personally. (That’s not to say he doesn’t miscalculate sometimes.) But that very calculation tells us McConnell has no more use for Trump, has thrown him under the proverbial bus, and could well be maneuvering for a Senate conviction shortly.

Schadenfreude is a terrible thing, isn’t it? 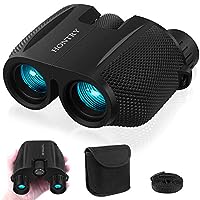