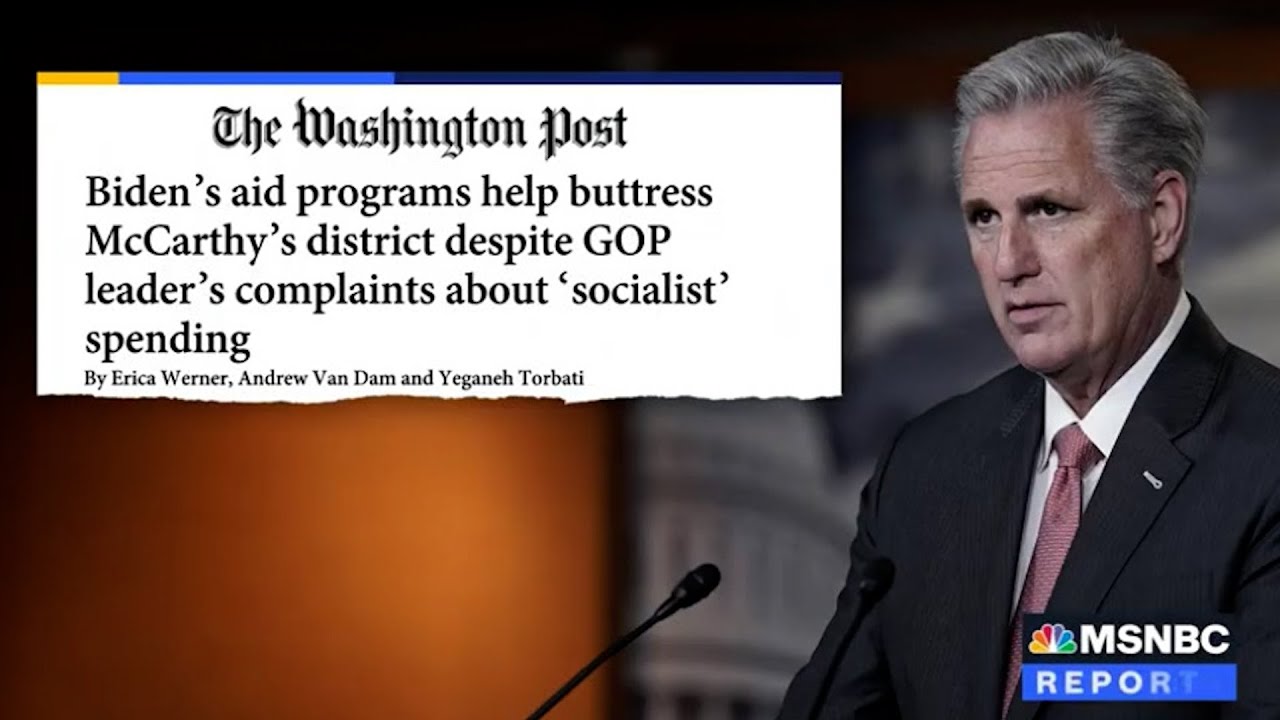 Minority Leader Kevin McCarthy represents one of the poorest districts in California, yet he opposes relief for his constituents.

We must rid the House of Kevin McCarthy

There was a striking article titled “Biden’s aid programs help buttress McCarthy’s district despite GOP leader’s complaints about ‘socialist’ spending” in the Washington Post that Democrats should heed.

House Minority Leader Kevin McCarthy (R-Calif.) has spent months accusing President Biden of pushing excessive government spending, denouncing it as “socialism.” But a Washington Post analysis finds that McCarthy’s constituents are among those who have benefited most from the very programs he’s decried, with high poverty levels and a younger population creating acute needs for individual and family aid.

An unusually large share of children in McCarthy’s district stand to benefit from the expanded child tax credit included in the American Rescue Plan he opposed — more than 93 percent, the seventh-highest proportion in California, according to figures reviewed by The Post.

Even as McCarthy has railed against the extension of enhanced unemployment benefits in the law, his region has been among the slowest in the state to recover from the pandemic-induced economic crisis. The unemployment rate in his region was still at double digits in March, while it had fallen into the single digits in California and the nation as a whole, according to the Bureau of Labor Statistics.

With high levels of poverty in the district, McCarthy’s constituents have also relied heavily on stimulus checks sent out under the American Rescue Plan and earlier coronavirus relief bills. Census Bureau income data indicates that a significantly higher-than-average share of families in McCarthy’s district were probably eligible to receive stimulus checks. In 2019, the most recent year for which data is available, the poverty rate of 15.6 percent in McCarthy’s district was well above California’s 11.8 percent rate and the national rate of 12.3 percent.

“I think it’s very unfortunate that McCarthy continues to reject these proposals that can help millions of people here in his backyard here in the Central Valley,” said state Assemblyman Rudy Salas, a Democrat whose district overlaps with McCarthy’s around Bakersfield. “I would plead to Congressman McCarthy to not forget his constituents, not forget California families, Central Valley families, when looking at these proposals.”

McCarthy’s district is rated an R+12 by the Cook Report. But it has a very disengaged electorate. The district is poor and a majority-minority. The progressive grassroots should expand the electorate as it is clear many do not vote. Hell, it seems it would not be difficult to develop a winning narrative.