Real researchers, scientists, doctors, nurses, clinicians, grade-schoolers, and your aunt Karen, recognize that the wearing of masks reduces the spread of the coronavirus. Those who will not admit it, know their resistance to masks is because they think it does not go well with a Red Hat. Far from being a fashion statement the refusal to wear masks is becoming an excuse to (as my great-granny would say) throw a public fit. Under normal circumstances not wearing a mask is perfectly reasonable.  I do not like wearing one either, especially in the middle of a Mid-Atlantic heatwave, but less so than I like wearing a seat belt, wrinkling my dress shirt despite the extra starch.  Nail salon technicians wear them, for God’s sake, every day to reduce the amounts of chemicals they inhale; I do, because it is smart and based on scientific, evidence-based safety research.

While the administration flails around with hopes of miracle drugs, UV lights, and maybe waving Dumbledore’s wand, the President ignores the definition of Occam’s Razor—no more assumptions should be made than are necessary. Vanity Fair published an article in May, that laid out the scientific case for wearing masks. Subsequently, the Institute for Health Metrics and Evaluation (IHME) at the University of Washington, has postured that 33,000 lives could be saved from simply wearing a mask. At the beginning of this crisis, Mr. Trump jutted out his mask-less jaw, and with false bravado, declared he was our general in the COVID-19 war.

Mr. Trump is fond of telling the story of how military commanders came to him saying Obama left them with no bullets. Of course, the whole story is just another fantastic tale of his heroics with him as the superman but in reality, he has armed Americans with blanks. Masks are the bullets to shoot back at a disease that is literally smothering our moms, dads, children, and loved ones as surely as the restricted breaths they gasp for as a result of the coronavirus. No one can blame Mr. Trump for the COVID-19 virus coming to the U.S. but leading us out of the combat zone alive is about putting the right people in the right place with the right answers.  Not inane statements like, “science should not stand in the way of this,” said Press Secretary  Kayleigh McEnany.

Republicans were exasperated when Obama said he was leading from behind. Leaving aside the nuance of the former President’s statement, the GOP is conspicuously quiet while Mr. Trump leads from the balcony. Standing occasionally to receive the applause of his adoring fans, the President is heckling science like a drunken critic. It amazes me that the American people, fortunately in dwindling numbers, sit longer than two seconds to listen to him speak. The man who suggested that windmills give you cancer and energy-efficient light bulbs makes him look orange is tasked with the safety and the preservation of 330,000,000 American lives.

Maybe, there is something that attracts people to the macabre even when our own lives are in the balance. It can be summed up in a few lines from the biographical movie about the life of radio personality Howard Stern below: 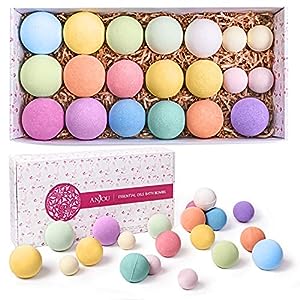