This anticipated move of Meadows to replace Mulvaney could distract from the current Trump messaging. Mulvaney gets to work on his golf game for the remainder of the Trump term. He can still be subpoenaed, but he’s at least out of the WH.

A four-term lawmaker, Meadows announced in December that he would not run for reelection and hinted in his farewell statement that he would join either the administration or Trump’s 2020 campaign.

WEST PALM BEACH, Fla. — President Trump announced Friday that he has selected outgoing Rep. Mark Meadows (R-N.C.) as his next White House chief of staff, tapping one of his most stalwart congressional allies to guide him as he navigates a critical reelection year.
“I have long known and worked with Mark, and the relationship is a very good one,” Trump tweeted shortly after arriving at his southern Florida resort, where he is spending the weekend.
Meadows replaces acting chief of staff Mick Mulvaney, who is being appointed the U.S. special envoy to Northern Ireland, Trump said in a follow-up tweet. The president thanked Mulvaney for “having served the administration so well.”

Reminder: Mulvaney has still never testified about TrumpÃ¢Â€Â™s extortion scheme. HereÃ¢Â€Â™s what Congress should have been able to ask him, and many of the other witnesses the White House blocked, about: https://t.co/WEyJEEhhCD— The Moscow Project (@moscow_project) March 7, 2020

Rep. Mark Meadows will now serve as White House Chief of Staff. Trump and Meadows are birther brothers from way back. And, as we all know, Trump hires only the best racists.

Meadows on President Obama: Ã¢Â€ÂœWe'll send him back to Kenya, or wherever it is.Ã¢Â€Âpic.twitter.com/Wd6Q6oYJVj

Trump is on his:

Trumpublicans' anti-Biden discourse will help rather than hurt him

Ron Johnson and Mitt Romney are on the same page re: subpoena for Hunter Biden materials, presumably including the materials collected/manufactured by Giuliani. Any effort that gets to the House will get even more shouty.

Assuming the Democrats wade through the disinformation, the upshot by the time we survive COVID-19, and have those Congressional recesses, will be a nothing-burger that will not have the effect of the October 2016 HRC email stories. More likely is that the publicity will assist down-ballot campaigns to throw out GOP members of Congress.

If Romney had voted AGAINST subpoenas in the Homeland Security Cmte, it would have resulted in a tie, & a tie fails.

Romney spox says Cmte Chair Ron Johnson “has confirmed that any interview of the witness would occur in a closed setting without a hearing or public spectacle.”— Frank Thorp V (@frankthorp) March 6, 2020

On the COVID-19 front: despite what Chapo-Trump-House calls him, the Washington State governor, Jay Inslee is not a 'snake’, even if IMPOTUS is clearly using the meme to promote anti-Biden fervor.

Trump called Washington Gov. Jay Inslee a “snake” on Friday while touring the Centers for Disease Control headquarters in Atlanta, as Washington state battles a coronavirus outbreak that has killed at least 11 people.https://t.co/wYu0cz48CN

Tests are as perfect as the call with Zelensky per potus https://t.co/sv0bngL3y5

The purported aim of all of the pro-Bernie trolling, the snake emojis, and the attacks on the Nevada Culinary Union, is to bully the targets into getting behind Sanders.

Judging by her exit interview, it seems to have had the opposite effect on Warren.https://t.co/7CrL5ebeC1 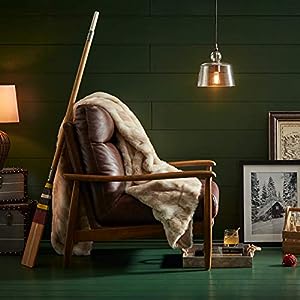