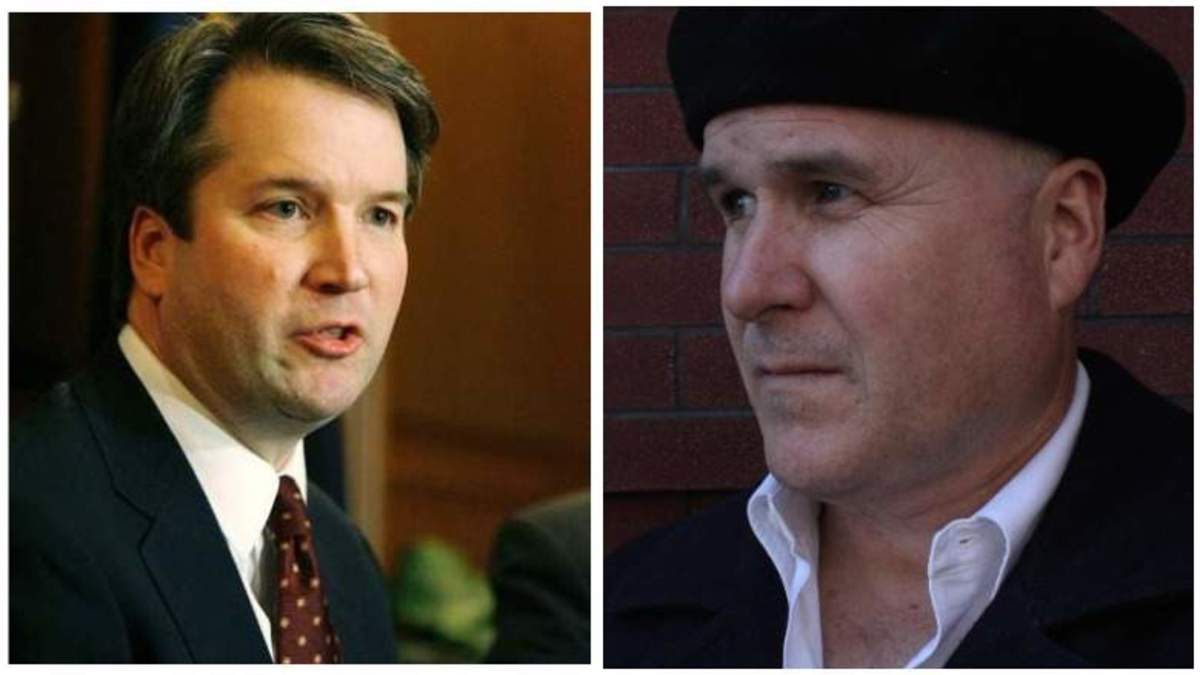 This has bearing on the witness/participant in the sexual assault on Christine Balsy Ford:  Mark Judge.  According to Ronan Farrow’s New Yorker article:

Ford’s allegation has made Judge a potentially pivotal witness for Kavanaugh. Judge told The New Yorker that he had “no recollection” of such an incident. Judge, who is a conservative writer, later gave an interview to The Weekly Standard in which he called Ford’s allegation “just absolutely nuts,” adding, “I never saw Brett act that way.” Asked by the interviewer whether he could remember any “sort of rough-housing with a female student back in high school” that might have been “interpreted differently by parties involved,” Judge told the publication, “I can’t. I can recall a lot of rough-housing with guys.” He added, “I don’t remember any of that stuff going on with girls.”

After seeing Judge’s denial, Elizabeth Rasor, who met Judge at Catholic University and was in a relationship with him for about three years, said that she felt morally obligated to challenge his account that “ ‘no horseplay’ took place at Georgetown Prep with women.” Rasor stressed that “under normal circumstances, I wouldn’t reveal information that was told in confidence,” but, she said, “I can’t stand by and watch him lie.” In an interview with The New Yorker, she said, “Mark told me a very different story.” Rasor recalled that Judge had told her ashamedly of an incident that involved him and other boys taking turns having sex with a drunk woman. Rasor said that Judge seemed to regard it as fully consensual. She said that Judge did not name others involved in the incident, and she has no knowledge that Kavanaugh participated. But Rasor was disturbed by the story and noted that it undercut Judge’s protestations about the sexual innocence of Georgetown Prep. (Barbara Van Gelder, an attorney for Judge, said that he “categorically denies” the account related by Rasor. Van Gelder said that Judge had no further comment.)

Judge admitted to raping a young girl.  With no statute of limitations in MD, no way in hell does he want to testify, not even to help his partner in crime Brett Kavanaugh.

Another woman who attended high school in the nineteen-eighties in Montgomery County, Maryland, where Georgetown Prep is located, also refuted Judge’s account of the social scene at the time, sending a letter to Ford’s lawyers saying that she had witnessed boys at parties that included Georgetown Prep students engaging in sexual misconduct. In an interview, the woman, who asked to have her name withheld for fear of political retribution, recalled that male students “would get a female student blind drunk” on what they called “jungle juice”—grain alcohol mixed with Hawaiian Punch—then try to take advantage of her. “It was disgusting,” she said. “They treated women like meat.”

Note to all the women on Daily Kos, this was and still is standard operating practice for some high school and college age “men.”  Everyone I know who attended a high school party or at college KNOWS of such stories.  They are RARELY ever reported for a variety of reason.  One is that the young women involved feel guilty that they got drunk and passed out.  They believe it is their fault that anything happened.  They forget the men were egging them to achieve this goal.

No, if Judge testified for Kavanaugh, he would be setting himself up for possible rape charges.  I imagine some women who were too ashamed at the time would step forward to try and get some late justice.

Shortly after the slap heard ‘round the world last night, I feared my phone would catch fire from the tweets,...

(51689)
$17.62 (as of May 22, 2022 10:04 GMT -04:00 - More infoProduct prices and availability are accurate as of the date/time indicated and are subject to change. Any price and availability information displayed on [relevant Amazon Site(s), as applicable] at the time of purchase will apply to the purchase of this product.)