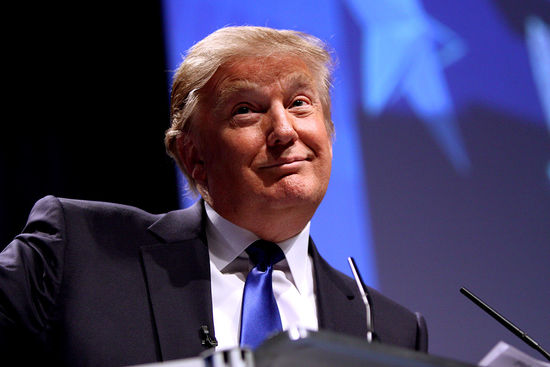 Trump mentioned his cameo in Home Alone 2 now two days ago as a minor aside while referring to the film as a Xmas classic during a video conference.

Mass snowflakery among Trumpists reigned, as Trump-bots whined that the Canadian government “revenge-edited” an extra with a seven-second speaking part named Trump in the 27 year-old movie, Home Alone 2, aired in Canada.

This got amplified as disinformation in other media like Fox News, even as Trump decided to joke about it, reminding us in a tweet that he was “just kidding”.

Because no amount of trivia can be omitted from Trump propaganda, and Trump loves to show that he has shtick, even if the film location contracts required Trump cameos for the use of his facilities. CNN had to do what is an obligatory fact-check for a monumental waste of social media.

A CBC Spokesperson has said 8 minutes of Home Alone 2 was edited out in 2014 (before Donald Trump was president) to allow for commercials. Trump has caught wind of the story and appears to be blaming Justin T. https://t.co/HUOrkc1Wq0

President Donald Trump tweeted Thursday night about a matter that had been percolating in pro-Trump media circles all day: the Canadian Broadcasting Corp. (CBC) editing him out of “Home Alone 2: Lost in New York.”

Trump made a cameo appearance — about seven seconds long — in the beloved 1992 Christmas comedy. But his supporters noticed that the cameo did not appear in the version that aired on the CBC this December.

The prime minister's office declined to comment late Thursday on the president's suggestion that the prime minister had revenge-edited him out of Home Alone 2. https://t.co/x7yBjQ5jte

Facts First: The CBC edited out multiple scenes from “Home Alone 2” to shorten the two-hour movie for television — eight minutes in all, the CBC says. The CBC’s deletion of scenes entirely unrelated to Trump is confirmed by a search of viewers’ complaint tweets. Trump was not cut as Canadian retribution for his policies in office: He has been omitted from the CBC version since at least 2015, the earliest we could find viewers tweeting about the deletion. CBC says it actually cut the Trump cameo in 2014, before Trump launched his presidential campaign in June 2015.

No, Justin Trudeau didn’t get Trump edited out of ‘Home Alone 2’

Just in case anyone is curious, CBC says it first cut the Trump cameo out of the movie in 2014 — it says it cut eight minutes for TV length, seven seconds of which were the Trump cameo, and the shorter version has aired annually since. People started tweeting about this in 2015. pic.twitter.com/YX7l8KEP7J

Here are some non-Trump things viewers have complained about CBC cutting out of Home Alone over the years: "Kevin going swimming"; "THE TURTLE DOVE EXCHANGE"; "the homeless guy's scene"; "John Candy's lines regarding the funeral home."

The rest of the world think he's an absolute joke https://t.co/WCa2B3l1eK

(43300)
$0.00 (as of May 22, 2022 07:14 GMT -04:00 - More infoProduct prices and availability are accurate as of the date/time indicated and are subject to change. Any price and availability information displayed on [relevant Amazon Site(s), as applicable] at the time of purchase will apply to the purchase of this product.)