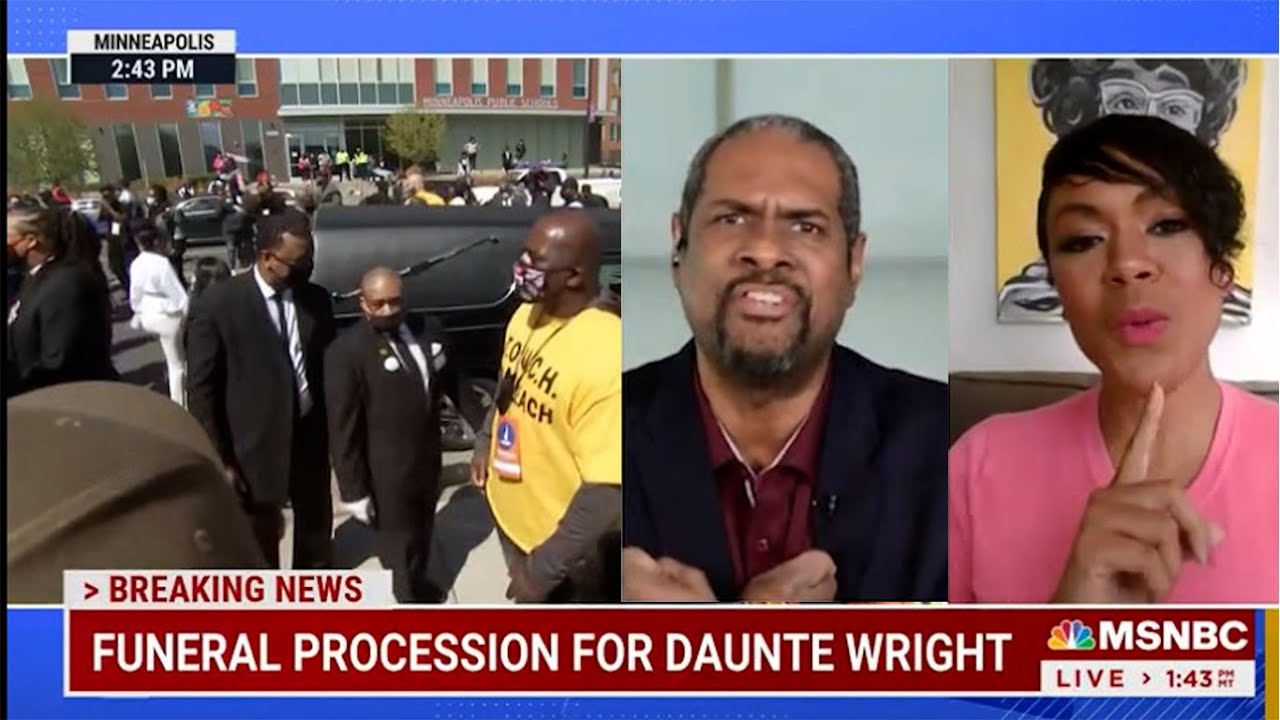 Tiffany Cross did not let it slide

I could not believe my ears. Brian Dunn, Cochran Firm Management Partner, dangerously made a fool of himself as he discussed the police murders of Daunte Wright and George Floyd.

Dunn first made the case that while the uproar over Floyd’s murder was justified, Wright’s wasn’t because the frightened young kid ran.

“I was taught by my father never to run because they will kill you,” Brian Dunn said. “And the idea is that it does not make it the fault of the person getting shot, getting killed. … But at the same time, we have to understand the way these situations play out. It is frenetic energy on top of frenetic energy. And we have to teach our boys that any encounter with a police officer can quickly degenerate into a deadly encounter if they lose their cool if they do anything that is a provocative act.”

Isn’t the police officer the person who is trained and the one that should protect and value life? Who is the child?

One could hear our new broadcast heroin. Tiffany Cross, losing it as she attempted to get Ayman Mohyeldin‘s attention. She had an important statement. This is how she expressed Dunn’s case of “Stockholm Syndrome.”

“I think that the practice of white supremacy is so deeply woven in this country,” Cross said. “That you will have the oppressed adopt the talking points of the oppressor.”

Tiffany Cross reminded the audience that Daunte Wright is a 20-year-old kid conditioned in the age of Tamir Rice, Philando Castile, Trayvon Martin, and others. Running from the cops or acquiescing to their orders is no guarantee to staying alive, no guarantee to not being shot or choked to death. She said the police had all the information they needed about Wright. Even if he ran away, they knew how to find him.

Later she added this prescient statement.

“Somehow, the conversation is turning to,” Tiffany continued. “What could this kid have done to prevent his own death. Why is the onus on us to stay alive when it comes to the police.”

She points out that the police, more often than not, deescalate situations when they encounter white people. She reminded the audience that 17-year-old killer Kyle Rittenhouse was patted on the back by police in Kenosha, Wisconsin.

Thank you, Tiffany, for setting the record straight.

Open Forum: CALL/Message us. Man who seemed to blame the killed-by-cop, responds. Manchin fails. - The Politicus

[…] at the Cochran Firm California, appeared on MSNBC, seeming to blame Daunte Wright for his death. Tiffany Cross, among many of us in the blogosphere, were not kind. He sent me this […]

(33223)
$348.00 (as of May 22, 2022 06:31 GMT -04:00 - More infoProduct prices and availability are accurate as of the date/time indicated and are subject to change. Any price and availability information displayed on [relevant Amazon Site(s), as applicable] at the time of purchase will apply to the purchase of this product.)