AMC Theatres on Friday reversed its optional mask policy and will require employees and guests to wear masks when the movie theater chain reopens.

“At AMC Theatres, we think it is absolutely crucial that we listen to our guests. Accordingly, and with the full support of our scientific advisors, we are reversing course and are changing our guest mask policy,” wrote Ryan Noonan, the director of corporate communications for AMC.

“As we reopen theatres, we now will require that all AMC guests nationwide wear masks as they enter and enjoy movies at our theatres.”

So there you go. Your voice matters.

Yes, it’s well known that the novel coronavirus only attacks the lungs of people who believe in it. Kind of like Santa brings toys only to good little girls and boys who believe.

AMC Theaters, the world’s biggest theater chain, has announced it won’t require its patrons to wear masks and won’t be doing fever checks at the door. (Not even for Wonder Woman fever? Because I might have a touch of that.)

“We did not want to be drawn into a political controversy,” [AMC chief executive Adam] Aron, said in an interview published on Thursday by Variety magazine. “We thought it might be counterproductive if we forced mask wearing on those people who believe strongly that it is not necessary.”

Mr. Aron also said that AMC Theaters, the largest movie theater operator in the world, would not perform temperature checks on patrons, a practice some businesses have adopted to screen for fever related to the virus. The company had already announced this month that patrons might be encouraged, but not required, to wear masks but that face coverings would be mandatory for all employees, a point that Mr. Aron reiterated in the interview.

Hey, I love the movies. I could live in a theater if they didn’t keep finding me in the Milk Duds pantry just before close. But I was already on the fence about returning to the theater. People laugh and talk in theaters, often in fairly tight quarters, and frequently for two hours or more at a time. There are no open windows, and who knows how the air is circulated? If I’m lying on my deathbed with cement lungs, I don’t want it to be because I couldn’t wait for Bill & Ted Face the Music to come to Netflix.

And I’m not the only one thinking along these lines:

Nevertheless, his comments prompted a swift backlash on social media.

“How is public health ‘political?’” one person wrote on Twitter.

A spokesman for AMC did not immediately respond to a request for comment on Thursday.

Exactly. Public health and science are not “political” issues. They aren’t to sane people, anyway. If you happen to believe in Garden of Eden velociraptors and a world where God is destined to turn up the air conditioning once we’re done trashing everything, maybe you have a different take.

So, yeah. I’ll stay home then.

And to anyone of the anti-science “political” persuasion who might be reading this — wear a fucking mask, dummy! 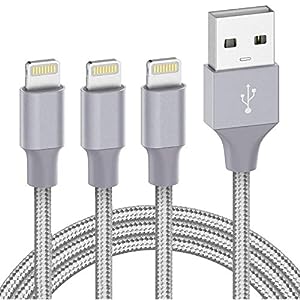