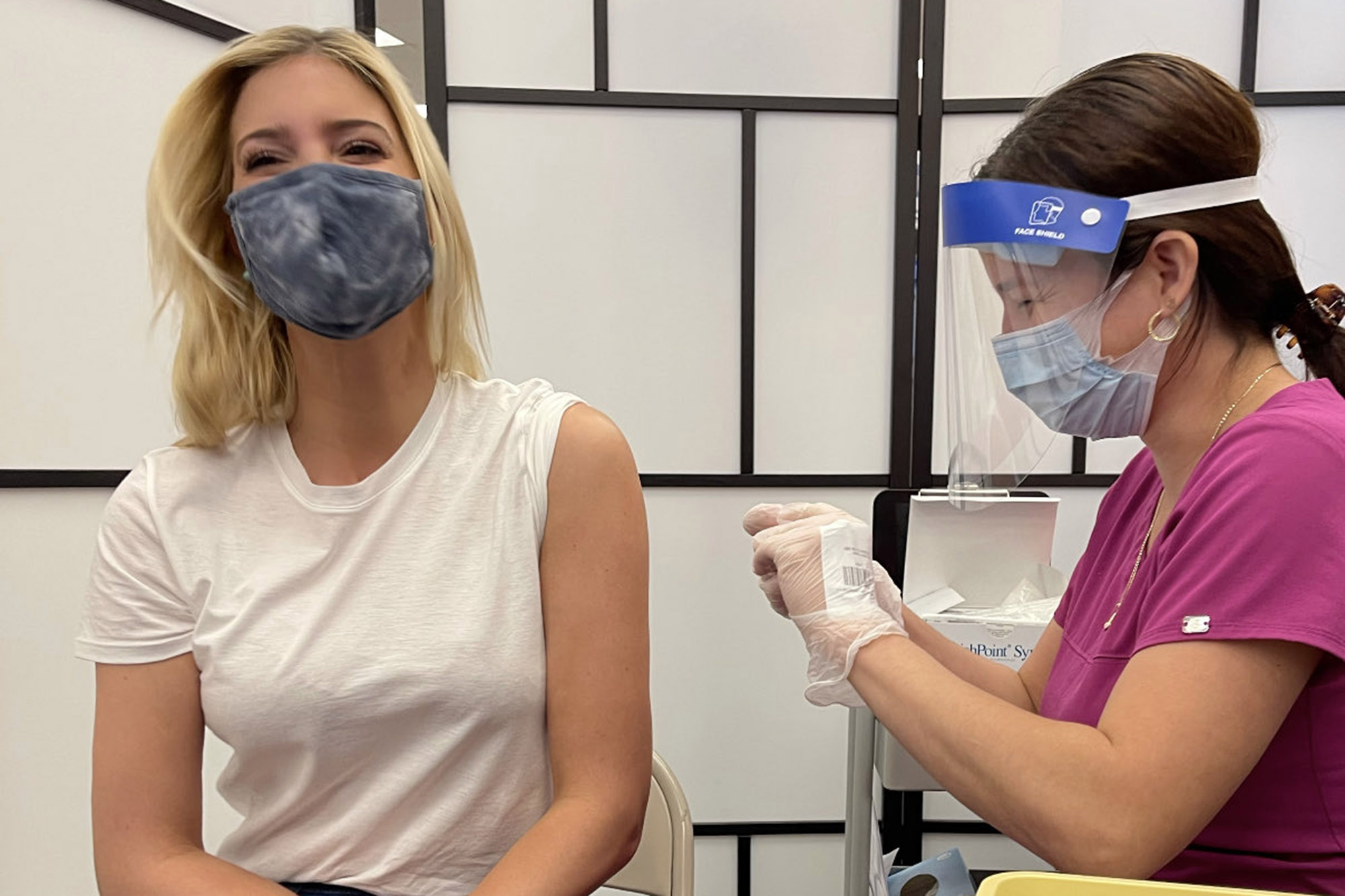 Ivanka Trump has spent the past five years trying to position herself in the public’s mind as the “reasonable” Trump. Granted, that’s a pretty low bar. All she really needed to do is show up as “warm-blooded” on infrared surveillance cameras, and she was basically there. Another useful tactic? Avoid appearing on video every 10 minutes, like the unofficial spokesperson for pure Colombian cocaine.

No, for Ivanka, the trick is to tacitly endorse every horrible thing her father does. She stood around cow-eyed and mute while the country unraveled, only to then gurgle pro-civilization shibboleths like “we need better child care” and “let’s all get the vaccine” to make it seem like her dad didn’t just spend the past half-decade menacing the nation like an aimless Macy’s Angry Birds balloon with explosive diarrhea.

1
Were you surprised ivanka publicly got the Covid-19 vaccine?x

The problem for Ivanka, though, is that MAGA devotees aren’t much interested in civilization—or at least the parts where we pass laws for the common good, do our civic duty by paying our taxes and vaccinating ourselves and our children, and accept the results of free and fair elections. The parts of civilization that produced at least 10 discrete varieties of Bud Light? Now you’re talking.

And so the reaction to Ivanka’s Wednesday announcement on Instagram and Twitter that she got the COVID-19 shot was fairly predictable.

These people are rich, of course, she got the vaccine!