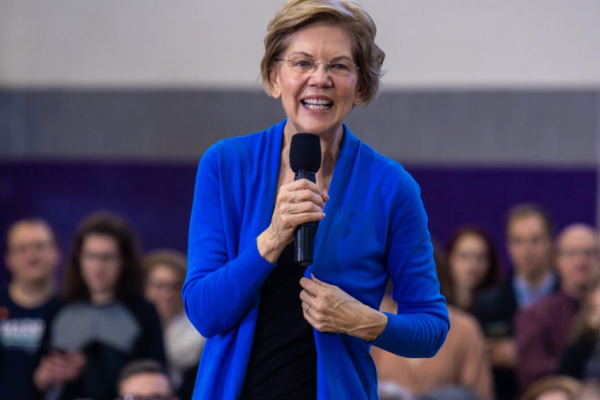 In 2016, our presidential choices were limited. Given those choices, it was obvious to me that Bernie Sanders was the better candidate.

As a Latina former legislator deeply steeped in progressive politics, choosing to support and campaign for Bernie made perfect sense.

Four years later though, we have more choices. And the obvious choice for me is Elizabeth Warren.

Here is why I decided to support her. And, since you've endorsed her too, will you please forward my email to your friends and ask them to endorse her too? They can endorse Elizabeth Warren here.

Like most Americans, I was listening and watching the candidates closely.

When Elizabeth talked about her struggles, I felt like she was talking to people like me. I felt her words deeply when she talked about her parents who almost lost their home after a medical crisis.

I felt her words when she talked about how she learned her work ethic from her mom — who put on a brave face and took a minimum wage job after Elizabeth’s dad could no longer work.

Elizabeth Warren has lived our struggles.

When I got the opportunity to hear her speak at the She the People forum in Houston, it was invigorating. When Elizabeth was asked how she would appeal to women of color, she didn’t pander. She didn’t list off a litany of problems that we don’t need to be reminded of every single time a candidate tries to “connect.”

Instead, she grounded her ideas in her own struggles and did so while also acknowledging her privilege.

Her words weren’t just words — they were statements that said, “I see you.” She was the only candidate to get a standing ovation. I had never felt so understood by a presidential candidate before.

I see a woman who has proven time and time again that she doesn’t just have the tenacity and the intelligence to lead this country and defeat Trump, she has the heart and the courage.

At a time when so much is at stake, we need a candidate who has won tough battles before. We need a progressive champion who has never lost an election before.

We need someone who is brave and bold. Someone who can be humble and grow. Someone who can unify Democrats and inspire our base and swing voters — so we can defeat the most corrupt and hateful president of our lifetime.

We need Elizabeth Warren. Will you forward this and ask your friends to join me in endorsing her?

She's received millions of grassroots donations from people like us. Will you donate today to help her win?

And if you can, join the Road Warrior volunteers in Iowa. (As someone who campaigns a lot, I'll tell you: It's inspiring.)

We got this! In solidarity…