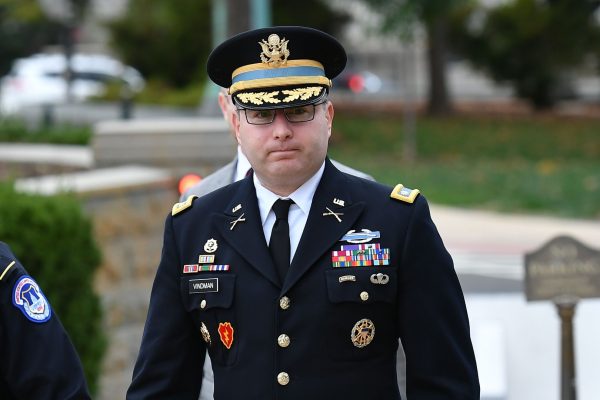 …The national security adviser said Vindman, who currently serves as the council’s Director for European Affairs, will be removed as a part of the White House’s “streamlining” efforts.

“My understanding is he’s–that Colonel Vindman is detailed from the Department of Defense,” O’Brien said. “So everyone who’s detailed at the NSC, people are going to start going back to their own departments and we’ll bring in new folks.”

When Brennan asked O’Brien to confirm that the decision is not retaliation against Vindman, whom Trump has baselessly accused of being a “Never Trumper,” the national security adviser’s response was that he personally had never retaliated against anyone.”

What bugs me even more than the firing of Vindman for just doing his job, protecting the national security of the U.S., is the continued gaslighting, saying that the firing was not retaliation, but just a routine personnel move.

This is so patently a lie, that one would think O’Brien would be ashamed to let it out of his mouth.

But you check your integrity at the door to stay in the employ of the Orange Mousseolini.

(33220)
$348.00 (as of May 22, 2022 05:05 GMT -04:00 - More infoProduct prices and availability are accurate as of the date/time indicated and are subject to change. Any price and availability information displayed on [relevant Amazon Site(s), as applicable] at the time of purchase will apply to the purchase of this product.)