Misery loves company. And there are few experiences more miserable than joining the One Term Club of failed U.S. presidents. That’s where Donald Trump finds himself today, even as he frantically tries to deny reality with his frivolous lawsuits and impotent tweets pitifully claiming that he “won by a lot.” He didn’t. And the American people are not going to miss the abundant abominations of his deviant detour from democracy.

Along with Trump’s humiliating loss to Joe Biden, a candidate that he unsuccessfully tried to demean as a mentally deficient socialist, Fox News has also proved to be a failure in the early stages of the post-Trump era. On Saturday most news agencies called the election for Biden. CNN came first, followed by NBC, MSNBC, CBS, ABC, the Associated Press, and bringing up the rear, a clearly reluctant Fox News.

However, even more troubling from Fox’s perspective, they came in dead last in the ratings against their cable news competition. And it was a distant last place finish at that:

“‘CNN has been the most-watched network for continuing coverage of the 2020 presidential election, and that sterling performance culminated on Saturday, as the network earned by far the most viewers’ during Biden’s victory speech, TVNewser’s A.J. Katz wrote. […] “CNN averaged 13.6 million viewers during the live coverage; MSNBC averaged 8.5 million; and Fox News had just 3 million. This is a pattern that we’ve seen with Fox for some time — the network fares very well as the ‘voice of the opposition’ to Democrats, but when Dem leaders are speaking live or celebrating something, Fox’s audience fades.”

This is more than just an affirmation that America’s news consumers prefer the honesty of CNN, NBC, etc., to the lies and propaganda of Fox News. It also reveals that Fox’s audience is a brainwashed cult of devotees who are unconcerned with truthful reporting. The audiences for the non-Fox news organizations grew substantially on Saturday, especially for the Biden victory speech. But the three million viewers for Fox were about the same number that they would have had on any other day. So the Fox News audience is apparently just a parish of disciples who will watch no matter what is going on.

Leading those disciples is the cult’s Dear Leader himself. Trump has been conspicuously absent from the media since election day. He hasn’t made a single public appearance or spoken to the press, including his Ministry of Propaganda, Fox News. However, he has been feverishly tweeting video clips of his State TV sycophants. On Sunday night, in fact, he posted ten videos of the Trump-fluffers on Fox News parroting his desperate denial that had Biden had won.

That’s a lot of video posts, even for Trump. Particularly when he has recently been upset with Fox. On election day he phoned into Fox and Friends and complained that the network gave too much airtime to Barack Obama. He also called Fox “a problem” because “they’re going the way of CNN, and they’re going the way of MSNBC.” This summer Trump whined that it’s “So hard to watch @FoxNews anymore“ because “The Radical Left has scared Fox into submission.” And there is so much more of this whining due to Fox not being sufficiently worshipful at all times.

Trump, however, seems to still be glued to Fox News because he knows there is nowhere else for him to go for such devoted support with a hefty audience of dimwitted cult followers. The alternatives (i.e. Newsmax, OANN, etc.) are low rated also rans. So Trump will stick with Fox, where the two losers can continue to offer each other solace and unquestioning promotional support. That is, until after he leaves office and decides to build his own, destined to fail, media empire. 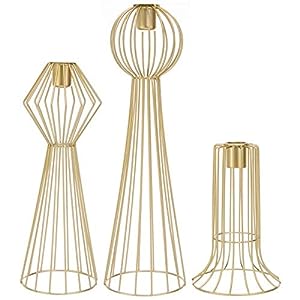